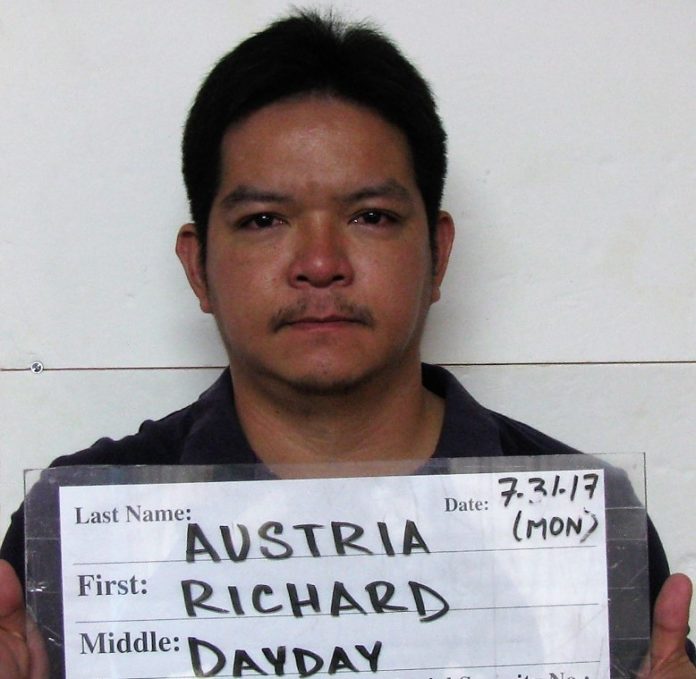 Guam – Officers have made an arrest in the auto pedestrian accident which occurred in Mangliao last month.

According to Guam Police Department Spokesperson Officer AJ Balajadia, 40-year-old Richard Dayday Austria has been arrested for the fatal accident that took the life of 46-year-old Roke Rokop.

Balajadia says that on June 10, Austria was operating a Mitsubishi Montero on Route 10 in front of Uncle Cho’s Mart when he struck the victim as he attempted to cross. The victim later died from his injuries. This marks the fifth traffic fatality of the year.