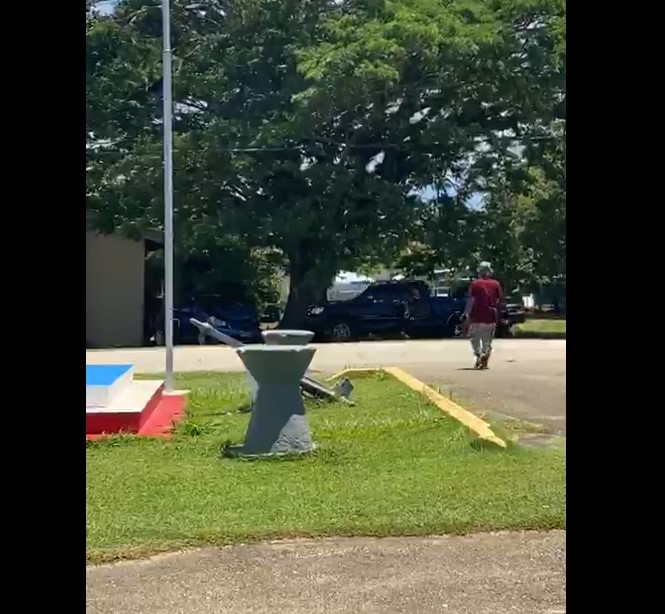 Guam police spokesman Sgt. Paul Tapao has confirmed an arrest has been made over an incident in Talofofo Monday during which a pickup truck is seen slamming into a smaller blue sedan while people are heard screaming and hitting the truck with their fists.

The truck is seen backing up and hitting the vehicle again before speeding off while several people are again heard yelling expletives in the background.

Sgt. Tapao has not released any further details about the incident.

However, a second video from the location shows Guam Police officers taking two women into custody and putting them into a patrol car while they continue shouting.

Sgt. Tapao could only confirm that one man has been arrested in connection with the incident.