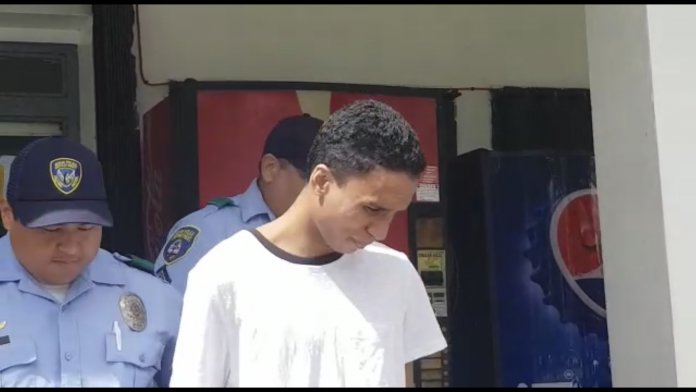 Guam – A man has been arrested on charges related to a fatal accident that happened in Yona a month ago.

Police were seen escorting Javon Taitano, 19, into the Hagatna lockup for processing today. Guam Police Department spokesman Sgt. Paul Tapao says that Taitano was the operator of the vehicle involved in the car accident that claimed the lives of two Simon Sanchez High School students.

Taitano was charged with two counts vehicular homicide, reckless driving with injuries, imprudent driving, in excess of 45 miles per hour is unlawful, no valid driver’s license, learner’s permit not in possession and no seatbelt.

According to police, on October 13 at 11:50 p.m., a black Toyota Corolla was traveling east on Aguon Road in Yona when the driver lost control of the vehicle and ran off the roadway. At the scene, one passenger was found lifeless while the other was rushed to Naval Hospital where he was later pronounced dead. The driver of the vehicle was treated for minor injuries.

The two victims were identified as Timothy Laxamana Uy and Josiah Blas, both of whom were students at Simon Sanchez High School.