As reported, on Saturday, October 9, 2021, officers assigned to the Tumon-Tamuning Precinct Command responded to a disturbance involving several male individuals outside King’s Restaurant in Tamuning.

An unconscious and unresponsive 23-year-old man was transported to Guam Memorial Hospital for treatment and care where he later succumbed to his injuries and was pronounced deceased by attending physicians. Detectives assigned to GPD’S Criminal Investigation Division were activated to assume the investigation.

Through the course of the investigation and information obtained from witnesses, detectives were able to ascertain the information of a vehicle that individuals involved in the disturbance left in.

With the assistance from the Air Force Office of Special Investigations and Department of Defense Police assigned to Andersen Air Force Base, the three (3) men identified in the disturbance were located. They were subsequently transported to GPD Headquarters in Tiyan for further investigation. 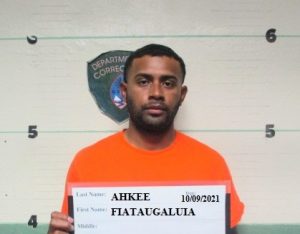 -Aggravated Assault
-Assault
-Reckless Conduct
-Guilt Established by Complicity and
-Criminal Facilitation
Fiataugaluia Ahkee was booked and confined at the Department of Corrections. 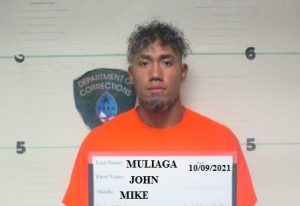 -Aggravated Assault
-Reckless Conduct
-Guilt Established by Complicity and
-Criminal Facilitation
John Mike Muliaga was booked and confined at the Department of Corrections.

The case reports have been forwarded to the Office of the Attorney General for prosecution.