He is 28 year old Jeremy James Laitan Cruz of Dededo.

He was booked and confined on charges of  2nd Degree Robbery, Guilt Established by Complicity, Theft of Property, Terrorizing and Use of a Deadly Weapon in the Commission of a Felony. He will face the magistarte’s judge Friday to be formally charged.

Meanwhile,  the escapee who triggered the lock-down at Oceanview Middle School Wednesday afternoon was also taken back into custody Wednesday night.

Benjamin Recanor was arrested for Burglary on Wednesday morning. but he escaped from the Agat Precinct that afternoon. 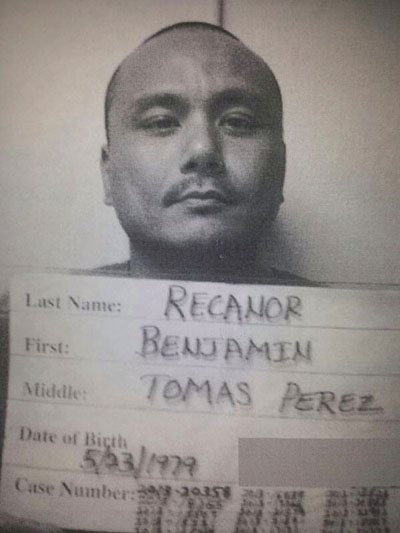 Guam Police found him in a Santa Rita home last night about 7:30pm.

He now faces an additional charge of Escape.