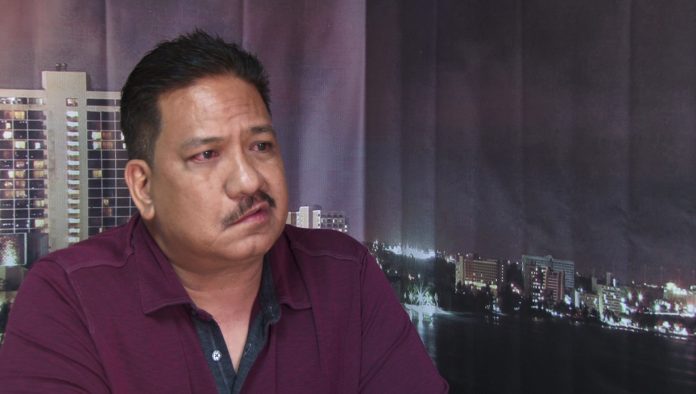 The Guam Police Department filed a motion for alternative writ in an effort to stop the Civil Service Commission meeting from moving forward.

Guam – As the Civil Service Commission is in session deliberating and making a final determination in the case of fired Guam Police Department Col. Mark Charfauros, a last minute attempt to stop that hearing from happening was made in Superior Court.

Despite an effort from GPD to stop the hearing, with only three hours before the hearing was set to begin, a special proceeding was held in the courtroom of Judge Vernon Perez. GPD filed a motion for an alternative writ saying they were not provided due process in this case as a result of not being able to call Charfauros to the stand in their opening arguments.

However, Judge Perez denied the motion, citing a lack of subject matter jurisdiction and failure to exhaust all remedies.

Charfauros was the second highest ranking officer on the force before being fired in February for an incident which occurred on Christmas Eve 2016. Leaked body cam footage captured the former colonel berating fellow police officers who responded to a call of illegal fireworks in Agat on Christmas Eve.

According to a criminal complaint, officers from the Agat precinct heard and observed “loud booms in the sky, which they identified to be professional grade fireworks.”

The Fireworks were coming from an area where two nights before a villager complained of fireworks, the complaint states. Four police officers in three separate vehicles proceeded to the area to investigate. Police say officers arrived at 139 Osborne street, where fireworks were being shot from the roof of the two-story multi-family residence.

One of the officers reportedly observed three individuals he knew had prior run-ins. These individuals were identified in the complaint as Anthony J. Mendiola, Paul San Nicolas and Ricky Smith. The complaint states that Mendiola and Smith are known to be affiliated with Agat Blood Town, a group believed to be involved in criminal activity.

Smith allegedly admitted to an officer that the group was “popping fireworks” to which the officer informed him that the activity was illegal. It was then Smith reportedly turned to Mendiola and instructed him to call “Colonel Mark.” When Charfauros arrived he reportedly got out of his vehicle and began yelling and screaming at the officers, telling them that they needed to get their cars out of the roadway.

An internal affairs investigation resulted in the demotion of Charfauros from the rank of colonel to the rank of major. After his demotion, Charfauros publicly defended himself from the allegations and as a result, he was served with a notice of adverse action for termination. Charfauros then appealed his demotion and termination with the Civil Service Commission.

The Attorney General’s Office has formally charged Charfauros with obstructing governmental functions and official misconduct, both as misdemeanors.