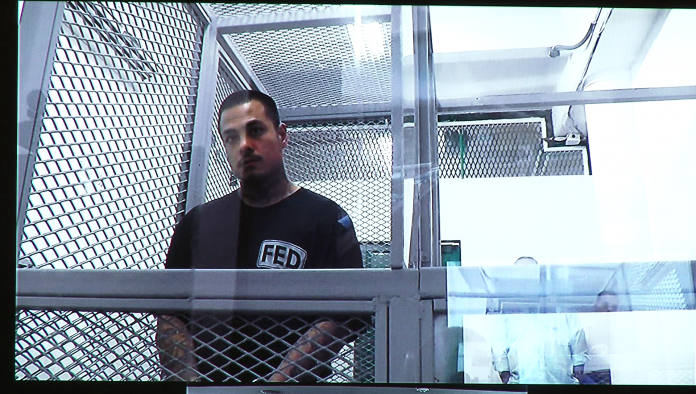 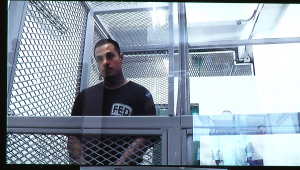 Jeremiah Isezaki has pleaded not guilty to charges of attempted murder.

Guam – An oversight hearing was supposed to happen today for the Department of Corrections, but that hearing has been postponed.

Committee on Public Safety Chairperson Sen. Telena Nelson called for the oversight hearing into DOC’s Standard Operating Procedures which have been under scrutiny since it was revealed that violation of those SOPs may have led to the brutal assault of an inmate by another inmate who apparently has a long history of sanctions for violating parole conditions.

The case has revealed many breaches in the security of Guam’s only and overcrowded prison facility and DOC had to learn the hard way. A brutal assault of a prisoner back in March has left many wondering how and why several inmates were let out of their jail cells at the same time in a unit that’s supposed to be on lock down 23 hours a day.

The revelation was made in an internal affairs investigation report indicating that at least seven inmates were let loose, two of whom have been charged with the attempted murder of prisoner Justin Meno. The two suspects are Jeremiah Isezaki and Albert Babauta Santos. And until now, it’s unclear under whose orders the prisoners were let out.

The obscurity behind the report and the inconsistencies in the discipline of four officers allegedly involved have now led to Sen. Nelson calling for an oversight hearing into the department’s standard operating procedures, the violation of which is the cause for the termination of one officer, suspension of two others and reprimand of a fourth officer.

As DOC and Sen. Nelson prepare for that hearing, Isezaki, meanwhile, continues to answer for other violations in federal court and just last week, in local court, he pleaded not guilty to the attempted murder of the prisoner he and Santos allegedly hog-tied and nearly beat to death.

Federal court documents reveal that Isezaki has a history of disobeying the law and despite being armed with this knowledge, was even released from prison after Meno’s beating—at the time of his release, he was not yet a suspect in the case; however several witnesses did report seeing him entering and exiting the yard of Post 6 where Meno was later found and around the same time Meno was believed to have been brutally assaulted.

Court documents say Isezaki was sentenced in October 2014 to over four years in federal prison in a case related to illegal weapons possession. He was released less than two years later, in May 2016, for good behavior. But just a month after that, on June 27, he tested positive for ice and marijuana. He tested positive again for ice on July 12 and July 22. He was then arrested by local police two months later on September 15 for family violence.

Another month went by and on October 20, 2016, he again tested positive for ice. Court papers also note that Isezaki failed to report for drug testing on October 19, November 5, November 8 and November 9. Finally, after four failed drug tests and failing to show up for four others, he was put back in prison on November 15 of last year.

According to DOC records, Isezaki was then placed in Post 6 for assaulting a corrections officer. Post 6 is a maximum security unit where prisoners being disciplined are sent. March 29, 2017, is when Meno was found beaten and then just three weeks later, on April 20, Isezaki was released from prison.

While out, court records show that Isezaki continued to fail drug tests: on April 26, May 15, May 21 and May 23. Finally, on June 9, 2017, he was placed back in custody after he was charged with Meno’s attempted murder.

Isezaki could now face an additional seven months in prison just for drug test failures alone. Both his legal counsel and the US Attorney’s Office are recommending the seven-month sentence, a hearing for which has been scheduled for July 13 at 1:30 pm.

The oversight hearing for DOC has been postponed to “allot the Department of Corrections additional time to provide information that was requested.” A new hearing date has not yet been set.