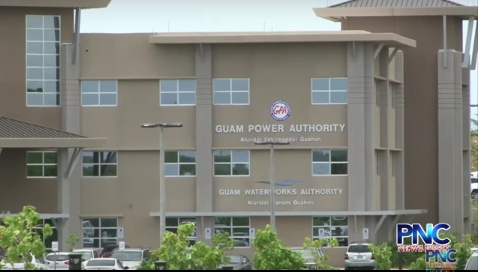 Earlier today MEC unit 9 went down due to a turbo charger problem.

Guam – Mariana’s Energy Company unit 8 and 9 are in serious need of an overhaul and some repairs to the plant are months overdue.

Earlier today MEC unit 9 went down due to a turbo charger problem. Mariana’s Energy Company General Manager Rino Manzano says MEC 9 has three turbo chargers, all of which were supposed to be replaced in November of last year, but were pushed back due to the Cabras power crisis. Adding to Manzano’s concern, shortly after MEC unit 9 came back up, MEC 8 tripped offline due to a water cooler issue. Manzano tells PNC that both units need to be overhauled but he is uncertain because of the recent loss of TEMES unit no. 7 and the brief loss of the Macheche CT unit earlier today. Manzano says that the repairs being done to MEC are band-aids until a real overhaul can occur. He adds that the explosions of Cabras 3 and 4 have forced the two units to run non-stop, preventing their long overdue maintenance. Manzano says MEC 8 will be at full capacity by peak time and MEC 9 should be contributing 38-40 mw to the grid. Meanwhile, GPA spokeswoman Sherry Perez says GPA will be short about 25 MW going into peak hours tonight. Cabras 2 is expected to come back online on Monday.