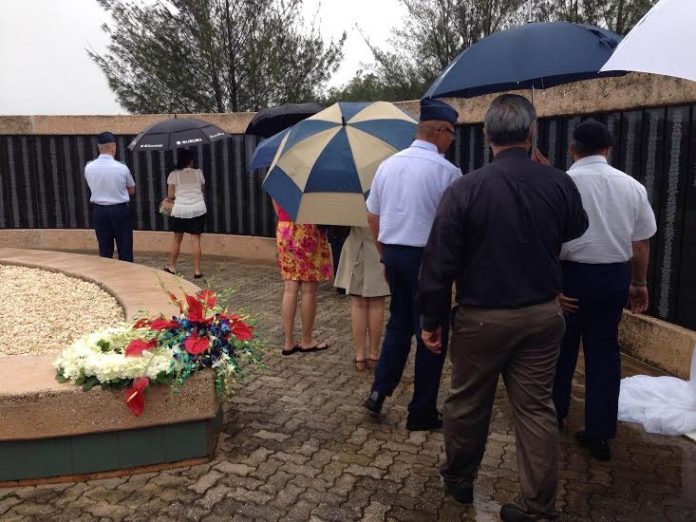 The War in the Pacific National Historical Park and the Office of Congresswoman Madeleine Bordallo hosted the event. The wall underwent extensive work to replace 103 panels that bear the names of more than 17-thousand people who died or suffered during the occupation and Liberation of Guam. It also features the names of the American servicemen who died defending the island.

Lt. Governor Ray Tenorio says, “I hope that every student and resident makes their way here and look at the names and images and not just take light hearted things when we look at names and we don’t see the person and the pain and the suffering and the death that came from that what makes our life what it is today.”
Congresswoman Bordallo also invites residents to visit the Asan Memorial Wall so that the stories and the sacrifices of our island’s greatest generation are never forgotten.
The Park is open seven days a week from 9 in the morning to 5 in the afternoon.