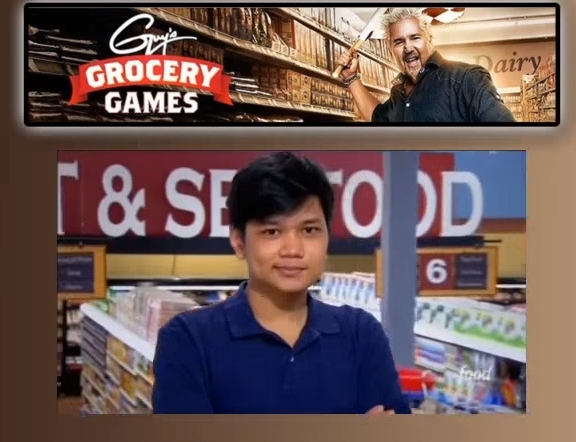 An aspiring chef from Guam who’s also trying to make a big name for himself in the mainland almost won the food competition on the Food Network called Guy’s Grocery Games.

Guam – Right after graduating from Simon Sanchez High School as a ProStart culinary student and leading the winning team in a ProStart competition at the Guam Community College, Mac Daniel Dimla headed to the mainland to further his career in culinary.

He’s currently studying Culinary Arts at the Culinary Institute of America at Greystone Napa Valley and was offered by Wendy Armour of the California Restaurant Association Educational Foundation to participate in the game show.

Dimla says he was a nervous wreck during the competition and it felt like the 30 minutes was only 30 seconds, but he says it was an amazing experience overall. Out of four contestants, Dimla made it to the last round, almost winning himself $20-thousand dollars.

He sends a message to aspiring chefs to set high goals and standards and make sure to achieve them. His goal for himself? Travel and learn.

To view the episode featuring Dimla, click the link: https://www.youtube.com/watch?v=1zfTtkX1aJ8&sns=fb&app=desktop