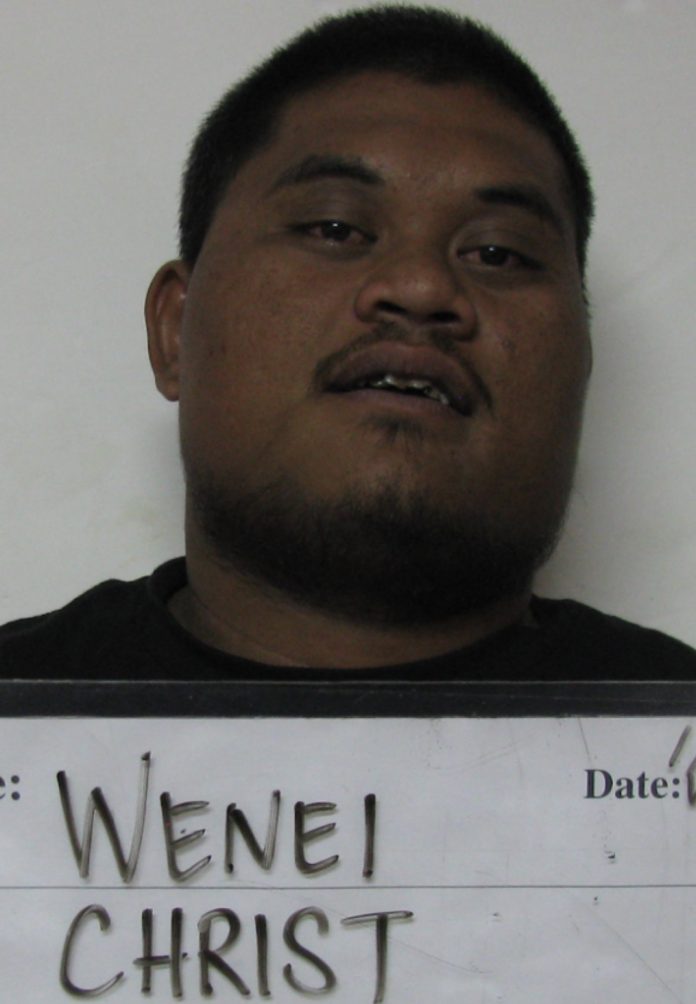 Guam – A feeling of being disrespected may have been the motive behind a home invasion and stabbing of a man at a Harmon apartment complex.

It was New Year’s day when police received a call of an individual being stabbed at the Hemlani’s apartments in Harmon.

A complaint filed with the Superior Court of Guam identifies the assailant as Christ Joshua Wenei, however, he is known to the victim under the alias “Julian.”

The victim allegedly told police, Wenei entered the apartment and threw a can of beer at the victim before charging forward and stabbing him three times in the back. A witness to the alleged stabbing corroborated the events and also sustained injuries during the incident. The complaint states that the witness attempted to intervene during the assault and while doing so sustained a one-inch laceration to the elbow.

After the assault Wenei alleged fled the scene. Three weeks passed before GPD received a tip that Wenei had returned to the apartment complex.

Police say during questioning, Wenei allegedly stated, “he made me mad the way he talked [sic] to me” and admitted to hitting the victim with a beer can, but repeatedly stated he could not remember when questioned about whether he stabbed the victim.

Wenei is charged with one count of home invasion as a first degree felony.