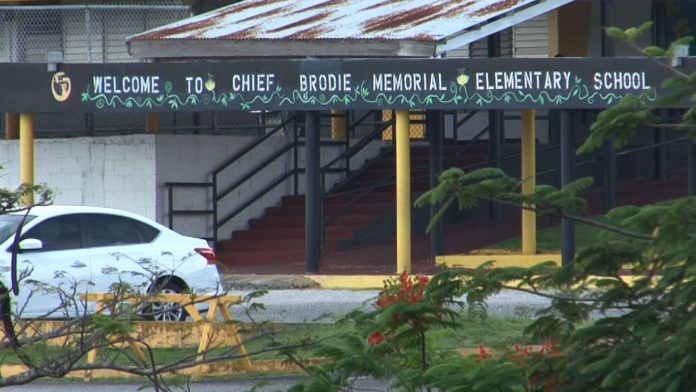 Guam – A series of village meetings were held between April and May of this year as the Guam Department of Education examined the possibility of redistricting.

Today, a walk through of Chief Brodie Elementary School took place, as GDOE considers prospects for converting the elementary school into a central middle school.

Key stakeholders, school principals, and mayors were present at the village meetings, as well as parents who shared input regarding the proposed redistricting.

Stemming from various concerns, including the bus routes and attendance areas, as some students travel past schools which are in fact within closer proximity to them, GDOE has worked with the Department of Public Works to assess the possibility of converting Chief Brodie into a middle school.

At a meeting prior to the walk through, members of the Guam Education Board acknowledged a verbal promise that had been made in the past, that the residents of Tamuning could expect a new middle school.

Superintendent Jon Fernandez highlighted space, equipment, and overall condition of the buildings as key areas to assess over the next several months.

Furthermore, the department will have to consider building a bigger parking lot and gym facility, as the elementary school is currently lacking both.

As always, the availability of resources is a deciding factor.

“The other obstacle is going to be resources. So, I think the issue is, if there’s a need to do some major work on campus to make a conversion happen, it’s going to take some resources. So, part of the opportunity was in the, remember we had facility money set aside from the compromise the Legislature and Governor had put together that gives us about $10 million a year. That would be something that makes some resources available to impact this project, if that ever happens,” said Fernandez.

A final decision on whether or not the conversion will take place can be expected by September.