The Dededo mayor’s office is helping a family of 7 who lost their house and 2 vehicles this week during a fire on Chalan Tumates in Astumbo, Dededo.

Dededo Vice Mayor Peter J.S. Benavente said that in the meantime, the family, comprised of two adults and five children, is currently residing with relatives.

The Dededo mayor’s office assisted the family by providing hygiene products, food, and water, according to vice mayor Benavente, who is standing in for Mayor Melissa Savares who is still recovering from the injuries she sustained during a vehicular accident a few days ago.

American Red Cross and a number of non-profit organizations were also contacted to assist with clothes.

PNC reached out to the family but they requested to be interviewed another time. As PNC was leaving the Astumbo residence, a relative of the family said that they’ve just been going through a lot.

If you would like to donate clothes, hygiene products, non-perishable food and, water, you can drop off items to the Dededo and Astumbo Senior Citizen Centers from 1 to 4 pm. 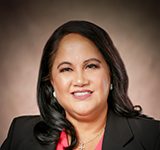