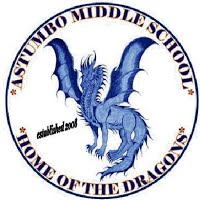 (Guam) Shortly after 2 this afternoon, PNC was informed the Astumbo Middle School was on lockdown today. We reached out to GDOE Public Information Officer and received the following statement:

“There was a riot involving more than a handful of students at Astumbo Middle School earlier this afternoon. The incident involved two groups of students. In response to the riot, the school was placed on lockdown at approximately 1pm. The school called the Guam Police Department, has contacted the parents, and is addressing the students involved. The school remains on lockdown and two Student Attendance Officers were dispatched to assist.”

Shortly before 3 this afternoon, the all clear was given, and the lockdown was lifted. Roughly ten students were involved and officials will continue to investigate. GDOE is not aware if any weapons were involved.