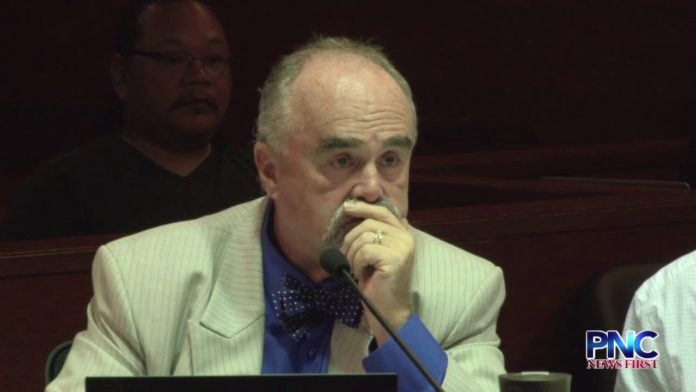 Guam – Another assault has been reported at the Department of Corrections. This time, the alleged crime was perpetrated against female prisoner Katlyn Breanne Scully.

Curtis Van De Veld, her attorney, is demanding immediate protection of his client in light of the recent deaths and assaults of prisoners at DOC. Van De Veld filed an urgent request for a hearing and protection from abuse and mistreatment of his client.

Scully is a federal inmate being housed at the Department of Corrections Female housing unit. Van De Veld says he first learned of the attack on his client not from DOC but from the Federal Public Defender’s Office who had learned about it from another inmate.

“I do know that [the alleged attacker] was holding [Scully’s] head and kneeing her, trying to knee her in the face; that a guard was there that stood by and did nothing until other guards had come to assist,” Van De Veld claims.

As a result of the attack, Van De Veld says Scully was taken to the Guam Memorial Hospital. Immediately after he learned of the assault, Van De Veld contacted DOC Director Tony Lamorena.

“He said he would look into it and get back to me but that was the same response I got back on November 7 when I sent my earlier message about the problems,” notes Van De Veld, referring to another complaint he lodged with DOC.

“The guards in the female facility were impeding my client from communicating with me and discouraging her from reporting the incident,” Van De Veld alleges.

Although Van De Veld could not disclose the identity of the accused attacker, he says this female inmate has a record of assaulting other inmates and was reported to have some mental health issues.

Van De Veld says his client and all other female prisoners share their cells with others and that the female facility has no system of segregation, often mingling pretrial detainees with convicted individuals.

“At one point she was being housed in a unit where there were five people so people have to eat their dinner sitting next to the toilet. That’s just—one: it’s unsanitary, and two: you can’t treat people like animals and then expect them not to behave like animals,” he lamented.

In light of the recent assaults–one that sent a prisoner to the ICU and in a coma for several weeks and the other resulting in death–Van De Veld says the safety of his client is clearly compromised and he fears the case may just get swept under the rug.

“As a community we should be ashamed that within the last three years, the last three or four years, people have been beaten to death or nearly beaten to death,” he decried. “It is shameful. It doesn’t happen elsewhere. The manner by which the facilities are being managed, there’s no oversight of any real kind either by the courts, by the legislature. It’s just not, there’s no sincere concern.”

“We are currently investigating the matter. Preliminary reports indicate that this morning another female inmate pulled Scully’s ponytail. The other inmate was immediately restrained by officers,” Baltazar said in a statement.

In August 2016 Scully was busted at the A.B. Won Pat International Airport with methamphetamine concealed inside her luggage. About six months later, in March 2017, she pleaded guilty to possession with intent to distribute methamphetamine.