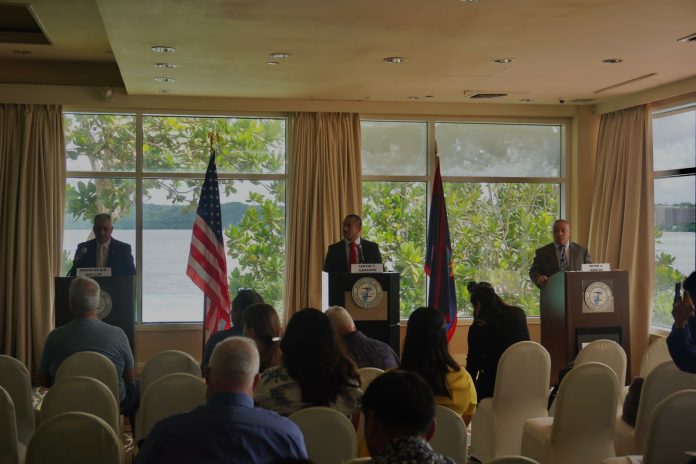 Here’s PNC’s Damen Michael with the details on how the forum, quickly turned into a heated debate.

Crime, child support, and day-to-day situations that affect the community of Guam was the focal point of this forum.

What was supposed to be a forum with ideologies exchanged quickly turned into a heated exchange?

Incumbent Levin Camacho opened the forum by reminiscing former Attorney General Doug Moylan’s time in office, along with what he believes are forgotten situations like the eviction of attorneys who were forced to work on picnic tables.

As for his write-in opponent, Camacho brought forth Attorney Santos’s dismissed trials due to his conduct in court.

In a survey conducted by students of UOG, public safety was considered the most pressing issue affecting the communities of Guam.

On the topic of public safety, Attorney Santos’s solution is to make the prosecution whole again with a competent team

Meanwhile, Camacho argues that the best way to solve crime is by preventing it from happening by investing in the community economically.

As for Moylan, he believes that the best way to handle public safety is placing offenders in front of the judge to face justice.

When asked what would their first move be if voted into office, Camacho says that he will continue on what he and his team have been working on. Meanwhile, Moylan says that if brought back into the office he would prioritize protecting the community from crime. As for Santos, he says that he would fix the prosecution.

Moylan told PNC, that it is clear that every candidate is different in their own way.