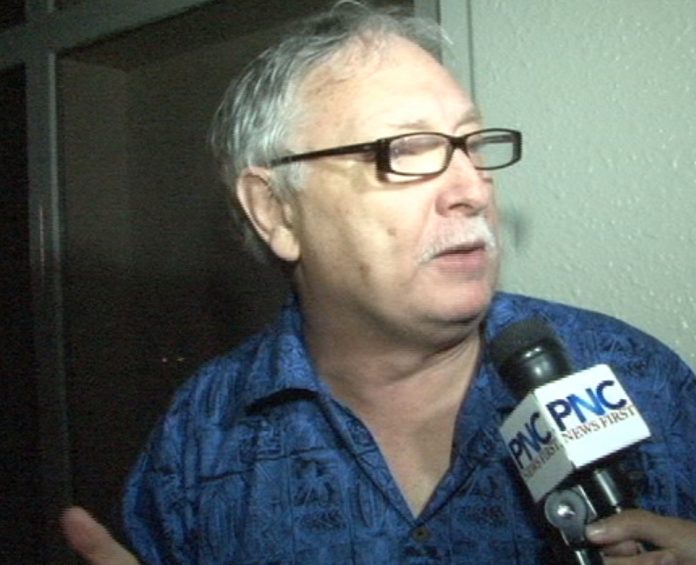 Guam – The Guam Education Board is now facing a seven million dollar lawsuit and a temporary restraining order filed by Superintendent Jon Fernandez.

“Stick to the status quo.” Those were the final orders given by District Court Chief Judge Frances Tydingco-Gatewood in a hearing last Friday, which resulted in a restraining order for the Guam Education Board.

The temporary gag order calls for a cease-and-desist to the six members on the board, effectively silencing them from discussing anything related to ousted Fernandez.

This means the tit-for-tat arguments between Fernandez and GEB that have bombarded the news lately has been halted, at least for now.

“We’re just pleased that Mr. Fernandez is able to proceed to defend himself. Hopefully in the future, the court was persuaded we believe, that holding the hearing would further injure his reputation and that he would not have meaningful opportunity to respond to the alleged bill of particulars which we believe is an invalid document prepared without board action and we are pleased with the result,” said Attorney Delia Lujan Wolff.

The ruling came after nearly four hours of contentious back and forth from the board’s legal counsel, Gary Gumataotao and Judge Tydingco-Gatewood.

At times, the two were locked in a heated debate over the semantics of the word “firing” which Gumataotao defined differently over and over again.

Judge Tydingco-Gatewood would ask deliberate and pointed questions, and more than once declared that she “hated lawyers” because they talked in circles.

The tension peaked when Judge Frances Tydingco-Gatewood lifted her gavel and pounded once –a warning to Gumataotao to show respect, saying “In all 22 years as a judge, I’ve only had to use this gavel twice, and I don’t want to use this again for the rest of the night.”

Still, the evening was just beginning for the presumed 30 minute hearing did not reach a ruling until nearly 8pm.

When the verdict was finally delivered, Judge Tydingco-Gatewood, exhausted from debate, admitted that both sides “fought zealously for their client as this is a very emotional case.”

Ruling that the Guam District Court does indeed have jurisdiction over this matter, Judge Frances Tydingco-Gatewood approved the temporary restraining order, effective immediately, much to the dismay of the Guam Education Board’s legal counsel, Gary Gumataotao.

“I said the other day that they were gonna have to sue, right? Yeah, and they did, because they weren’t getting anywhere with the press releases and everything. So we’ll just see what happens,” he said.

And what’s next for the Guam Education Board’s future?

According to Gary Gumataotao, an injunction hearing will take place once the parties settle on a date, but that’s not all, Gumataotao says the board has the option to counter sue as well.