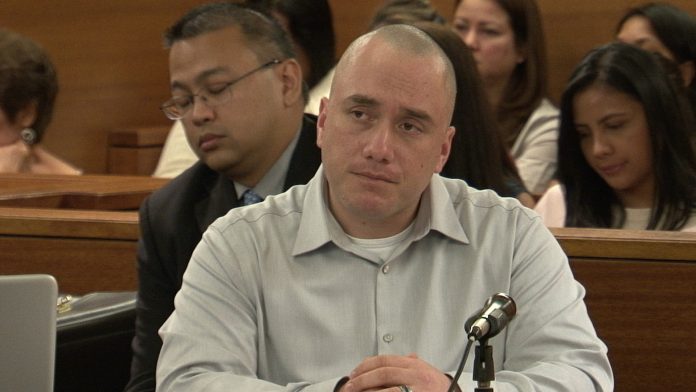 Attorney Jay Arriola says the body cam wasn’t turned over to authorities for at least two days after the shooting occurred.

Guam – In addition to a violation of former police officer Mark Torre Jr.’s Miranda rights, his attorney Jay Arriola is also questioning the authenticity of the body cam video that was worn by Officer John Edwards the night of Sgt. Bert Piolo’s death.

In documents filed in Superior Court, Arriola says the body cam Edwards wore that night should be suppressed because of its unreliability.

Arriola says the body cam was the personal property of Edwards and not a police issued camera. Also, the footage captured on the body cam was downloaded onto Edwards’ personal devices, Arriola points out, and he says there are no Guam Police Department rules and regulations to determine whether the evidence was properly preserved or whether it could have been tampered with.

Finally, Arriola argues that Edwards held on to the footage for two days before he turned it over to authorities.

In response, Chief Prosecutor Phil Tydingco says exclusion of the entire video is not appropriate even if the judge decides that Torre’s Miranda rights were violated.

He notes that audio may be excluded, but video is not self-incriminating.