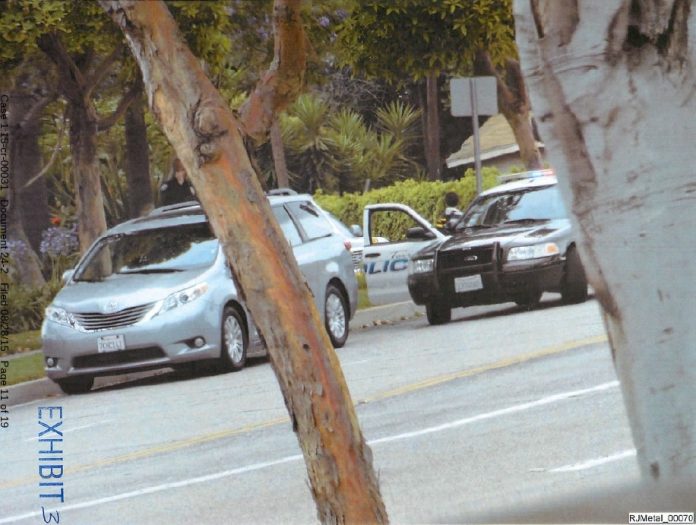 Two Guam residents, according to court documents, were busted with 8.4 pounds of “ice” hidden in a rental car in California, but their attorneys say there was no probable cause established in the search.

Guam – Details of a major drug bust in California that involve two Guam residents were unsealed in federal court. Raymond John Martinez and Juanita-Marie Quitugua Moser were indicted on multiple drug charges, but their attorneys argue that evidence used against them was obtained illegally.

For nearly a year, Raymond John Martinez and Juanita-Marie Quitugua Moser were under surveillance by federal authorities. According to court documents recently unsealed in the District Court of Guam, it began in July 2014 when customs agents discovered Martinez was traveling with large sums of cash.

It culminated with the couple’s arrest on June 4 this year in Torrance, California during a very controversial traffic stop. During this traffic stop, Torrance Police and agents with the Department of Homeland Security claimed to have seized 8.4 pounds of crystal methamphetamine that was concealed inside of the couple’s rental van.

Because of what the agents found, Martinez and Moser were later charged in Guam’s federal court with several conspiracy drug and money laundering charges, as well as attempted possession with intent to distribute methamphetamine.

Authorities suspected Martinez and Moser were using the drug money to purchase luxury vehicles. However, the pair’s attorneys are asking that the evidence that was seized be suppressed. Attorney David Lujan, who represents Moser, says authorities lacked probable cause to conduct a search of the vehicle and even the traffic stop, as Lujan points out, was fabricated in order to justify why the two were pulled over.

In addition, Lujan says neither Martinez nor Moser ever consented to the search. The recently unsealed documents reveal just as much–that Martinez and Moser were under surveillance as early as 7 that morning, but during that surveillance, police say they observed Martinez commit a traffic violation, which is why he was pulled over later in the afternoon.

Attorney Lujan suspects the purported traffic violation was fabricated. He says there’s no video evidence Martinez made an unsafe lane change or that he was speeding. To top it off, Lujan says the federal agent used the same tactic in the past when pulling over individuals suspected of drug possession.

“These are obvious fabrications, as highlighted by the identical language in the Torrance PD report issued in [another] federal prosecution where the officers, while assisting federal agents and a surveillance team in a narcotics investigation, purported to base the traffic stop on the identical language,” court documents state.

In addition, Lujan is also asking that evidence obtained from what he believes to be an illegal seizure of the defendants’ cell phones at the Guam International Airport be suppressed.

You can read the indictment filed against the defendants by clicking on the file below.