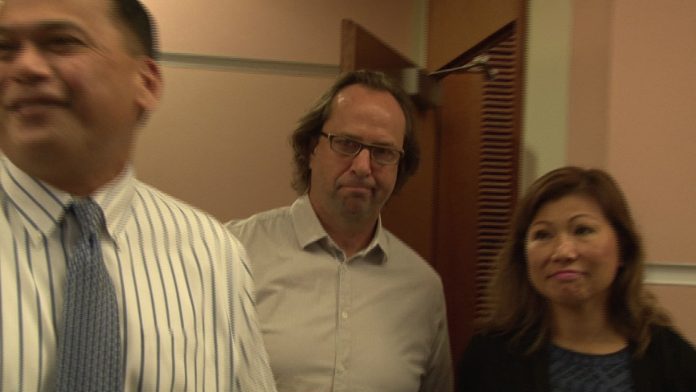 UOG Professor Michael Ehlert is accused of sexually assaulting two of his students.

Guam – UOG Professor Michael Ehlert was back in court today. He faces charges of sexually assaulting two of his students. His attorney, Jay Arriola, is asking for a media ban.

The case has received much attention beyond a court setting. It’s spurred a debate between UOG President Robert Underwood and Governor Eddie Calvo. The governor questioned the university’s leadership in light of the sexual allegations against Ehlert and even went as far as empaneling a team to look into UOG’s handling of their investigation.

Public hearings were held at the Guam Legislature, but eventually the university agreed to revisit their sexual harassment policies, effectuating some changes into their policy earlier this month. When the issue first came to light last year, Ehlert was only given a three month suspension without pay and was allowed to return to work thereafter.

Meanwhile, Ehlert’s defense counsel, Attorney Jay Arriola is planning to file a motion for a media ban. He also notified Judge Vern Perez that he had issues with discovery, or the evidence in the case, in particular, because there is a potential third party—the University of Guam.

Arriola also notified Judge Perez that Ehlert has travel plans in May for about 3 weeks and he may be filing a request for travel. Judge Perez told Arriola and Assistant Attorney General Richelle Canto that all and any motions to be filed in the case must be filed by July.

Ehlert’s next court hearing is scheduled for May 10 at 9 am.