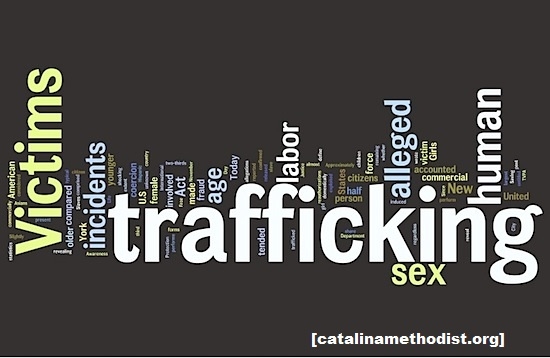 An attorney is on a mission to help victims of human trafficking on island, however, he says in order to do so, more effort has to be made by the federal and local governments.

Guam – Guam continues to fight against human trafficking in our island, or what others refer to as modern day slavery. PNC attended the Rotary Club of Tumon Bay meeting this afternoon to find out more about human trafficking, the impact it has on our island, and what has to be done to further protect victims.

Baumann, Kondas and Xu Attorney Shane Black says, “Human trafficking includes a wide array of activities to include sex trafficking, which is what people think of when they think of human trafficking.”
However, Attorney Shane Black from Baumann, Kondas and Xu says there is another type of human trafficking that is just as prevalent, if not more, which is labor trafficking. He explains, “It’s exploiting any type of worker, it could be a construction worker, it could be someone working at a bakery, at a nail salon, as a farmer.”
Black says working for one the largest specialized immigration firm on island, he’s all too familiar with these cases. He says, “We see it a lot in an immigration context where people exploit the systems we have in place to bring labor from other countries and don’t follow the rules under those visas and other programs for their benefit. They don’t follow the rules, they exploit workers and the result is human trafficking, people are exploited, modern day slavery. That’s what it is.”
Black says what he hopes to see are more prosecutions of violators. He says, “There are cases that are not being prosecuted. There are efforts being made to prosecute cases too. I don’t know to what extent the government is aware of all these cases. I do see efforts to prosecute, my speech is more about protecting the victims of these crimes because it’s not just about the prosecution, it’s about protecting those people, empowering them so they can’t be subjugated to this type of exploitation.”
Since it will take more effort from the federal and local governments to prosecute more violators, Black says, his goal right now is to protect the victims. He says, “More so on the labor side, I’d like to see more prosecution, whether it’s labor trafficking or human trafficking, I’d like to see more effort in protecting the victims. With regard to the local government, I think it’s the other way around, they might not have the resources to prosecute these cases. We have better experience with them in responsiveness.”
Black explains, “The federal government, it’s not like they’re neglecting them, but it just seems like they’re stuck and they don’t want to make a decision when these people need a decision quickly. They need to get that visa, working legally so they can make money to pay back whatever they bought, get out of the situation, and protect their family at home.”
According to the 2014 global report on trafficking in persons from the United Nations Office on Drugs and Crime, it seems that women and men are prosecuted in relatively equal proportions in the Pacific. The report also indicates that the profile of the victims varies according to the specific area under consideration, though female victims are most frequently detected.
Black says, “I don’t see as much anymore since they dropped the H2 program in China. That seems to be the greatest violator but anywhere that you are exporting labor from a third world country to a first world country, you have a situation where it’s possible for this to happen where rules aren’t be followed appropriately.”
For more information about human trafficking, visit www.humantrafficking.org.