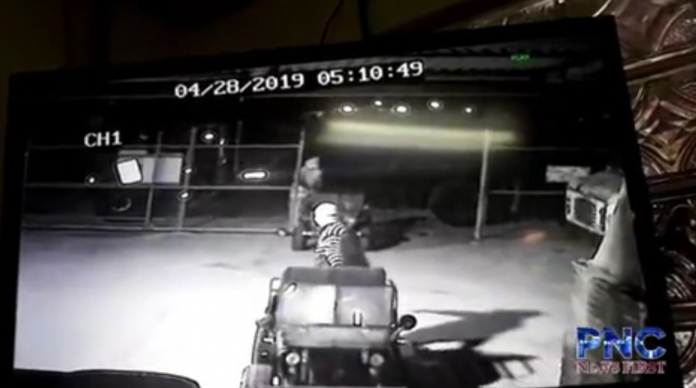 Guam – After casing the property for nearly three hours, two men entered JV International and made off with two all terrain vehicles.

As you can see in the video, two men concealing their identity popped the lock to the gate of the JV international property and dragged away two Icebear 125cc jeep ATVs.

According to JV international manager Tommy Pierson, the two individuals scoped out his establishment at around 2:30 a.m., Sunday, appearing on surveillance footage at least two times before they cut the lock to the gate at around 5:00 a.m.

He said the individuals knew exactly what they wanted as they hauled the ATVs out of the property and loaded them up on a flat bed, which he said was also stolen from a different establishment.

The two ATVs are valued at $2800 each, according to Pierson.

If you have any information regarding the theft, please contact Guam Police Department at 472-8911.