The Governor and Major General Paulino left Guam early yesterday morning for Mississippi immediately after welcoming home the first the first wave of 280 “Task Force Guam” members who arrived back on island to a hero’s welcome at 12:15am Sunday.

There are still just over 300 Guam guard members at Camp Shelby completing their demobilization following their 10 month deployment to Afghanistan.

On the K-57 Breakfast Show this morning, Guam Guard Spokeswoman Major Josephine Blas, who is also in Hattiesburg Mississippi and she told host Ray Gibson that officials at Camp Shelby have told them that they expected the remaining Guam guard members to be released within 7 to 10 days. 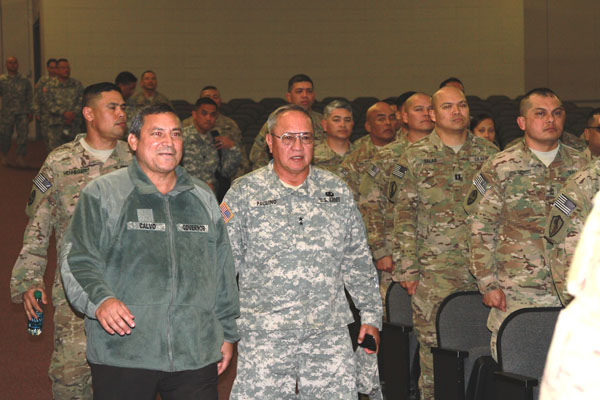