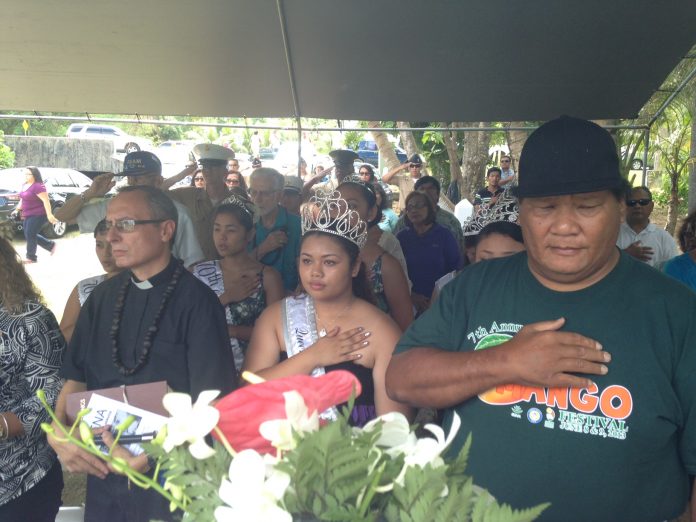 Guam – Black widow spiders were found aboard a ship that arrived at the Guam Port last night carrying cars and heavy equipment from California via Hawaii.


The Green Ridge was anchored out in the harbor for most of the day while Guam Customs and Quarantine and the Department of Agriculture assessed the situation.

“At that time they got a contact with customs… and make a determination on how to proceed,” Brown told PNC.

Guam Customs Public Information Officer Johnric Mendiola says customs officers had gone aboard to inspect the vessel but it wasn’t until port employees began moving cargo that the spiders were discovered. At that time he says the ship was ordered out to sea.

Late Friday afternoon Brown said the Green Ridge was allowed back into the wharf so that a pest control company could eradicate the infestation, after that it’ll be up to customs to clear the ship for unloading again.

According to PNC files the last time a spider infested ship arrived at the port of Guam was November 2010 when the Matson MV Manukai arrived on Guam from Honolulu, also carrying black widow spiders. Four months earlier, in July 2010, the M.V. Altavia arrived from Korea and it was also ordered out to anchorage. The Altavia was carrying insulation and beams for housing units but was found to be carrying hundreds of spiders. It was turned away without being allowed to off-load its cargo.