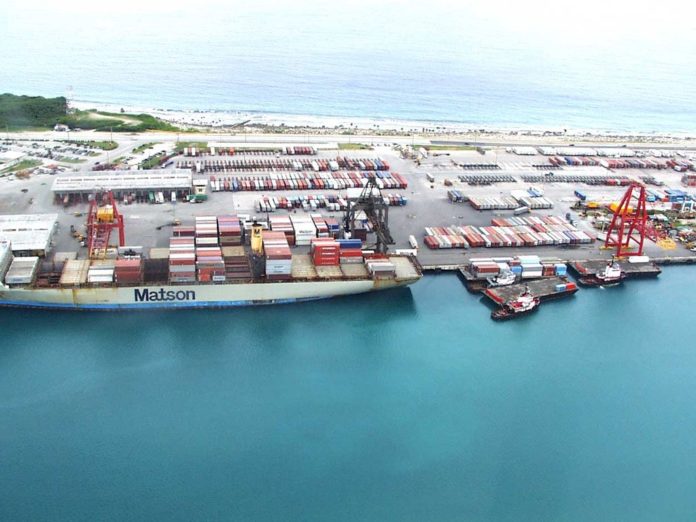 The Office of Public Accountability has released an audit that faults the Port Authority of Guam board for failing to ratify all pay adjustments for unclassified port employees.

The focus of the audit was on unclassified Employees’ Pay Raises and Bonuses.

OPA Report No. 20-04 found that the port board of directors generally complied with the Open Government Law relative to personnel matters between fiscal years 2012 through 2019.

The audit did not find any bonuses given to unclassified employees in their review of executive and general session minutes as well as personnel action forms.

However, there was one instance where the board of directors discussed and decided on the hiring of the former general manager in its executive session.

According to the audit report, despite receiving a pay adjustment in 2018, the board of directors did not conduct a formal evaluation for the former general manager for the period covering December 2017 through December 2018.

As a result, OPA questioned the port board’s basis for providing the former general manager with a pay increase for that period.

The general manager of the Port of Guam at that time was Joanne Brown.

The audit found that “the Board of Directors did not consistently ratify the former General Manager and former Deputy General Managers’ pay adjustments as a result of formal performance evaluations.”

The OPA has recommended that in the future the port board “consistently ratify all pay adjustments for PAG unclassified employees on a going-forward basis.”

In addition, the audit looked at the September 2018 decision by the board to approve and authorize the implementation of structural pay adjustments to the 25th market percentile.

“The Board complied with the Open Government Law when they discussed and voted on the approval” of the pay adjustments. “However, they violated the spirit of the law when discussions on the cost of the migration took place during working sessions that were not open to the public.”

“This audit serves as a reminder to all boards, commissions, and government officials that the people do not yield their individual rights to the public agency, which serves them,” said Public Auditor Benjamin Cruz.

“The Board of Directors should have been more transparent with their working sessions on what aided their decision to approve the migration of the Certified, Technical, and Professional personnel compensation to the 25th market percentile,” he said.

“A working session is worse than an executive session because it has no minutes and we will never know what was discussed,” concluded Cruz.