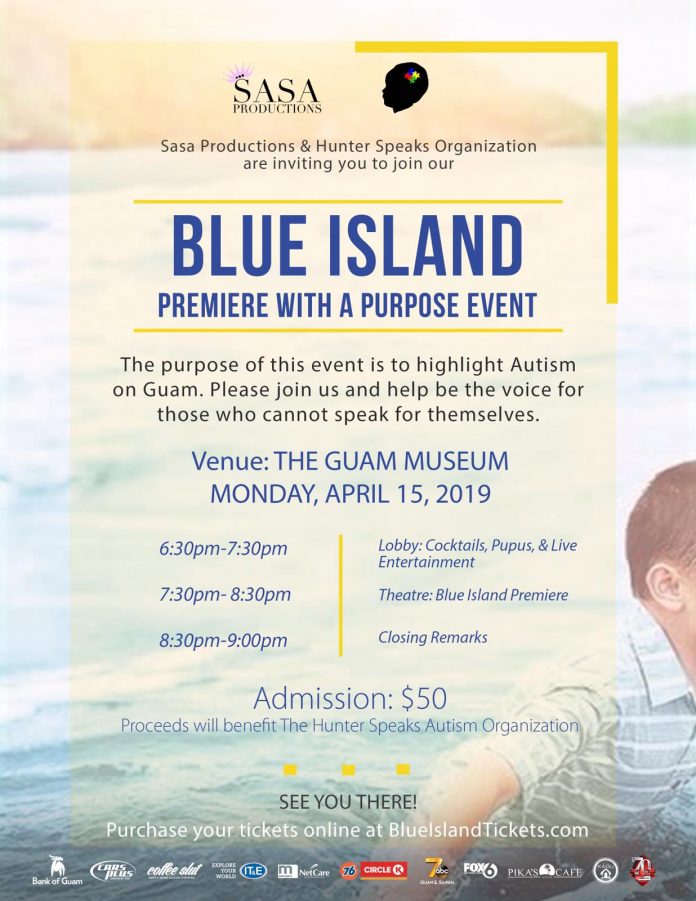 Guam – What is it like raising a child with autism? Last night, the HunterSpeaks Autism Organization and Sasa Productions premiered “Blue Island,” a documentary about autism on Guam at their Premiere with a Purpose event at the Guam Museum.

The film was directed by Sarah Filush Camacho, who was approached by HunterSpeaks to produce the PSA. In an interview with Patti Arroyo on K57, Camacho said she is grateful that the nonprofit produced Blue Island.

“This is the kind of project I love to work on. When they came up to me and they asked me, they said, ‘We don’t know what we want. We just want some message out there,'” Camacho said.

They were like, “Please, can you do something like that?” And I’m like, “Sure I could. Let’s do this. So that’s kinda how that whole project came together.”

Through HunterSpeaks, Camacho interviewed several families who were related to a person with autism. Camacho said that the process of making the film was an emotional one because meeting with the families not only prompted her to reflect on what it is like to raise an autistic child, but increased her awareness of the services available to aid autistic people.

She said that “Blue Island” isn’t her story, but the stories of the families living with autism.

“It was one of those things where I would sit at the computer, listening to the interviews crying and feeling so much emotion coming from these parents and then feeling the emotion for myself and then just…being like, “Wow. I need to make sure that I do my absolute best to tell their stories right,” Camacho said.