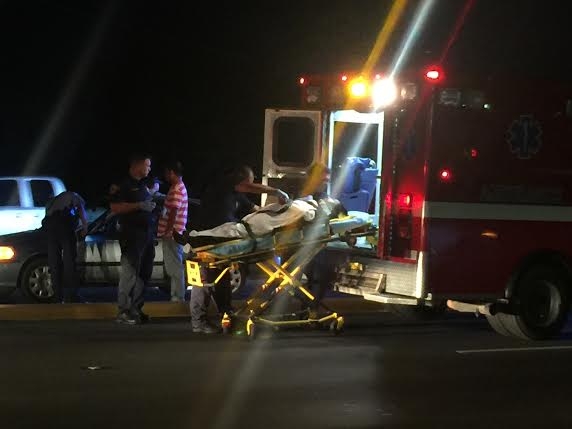 GFD responded to three seperate car accidents Tuesday evening that sent two patients to GMH and one to GRMC.

A 50-year old male pedestrian was struck by a car on on Rt.1 near Paseo and was taken to to GMH. According to GMH acting PIO Theo Pangelinan the man has since been discharged. Also on Rt 1, near GTA in upper Tumon, a single car crashed into a power pole and one patient was taken to the GRMC. On Harmon Loop road by Juan M. Guerrero St. a two car collision sent one patient to GMH. Pangelinan says that the patient from the two car collision was a 50-year old female who has also been discharged from the hospital.