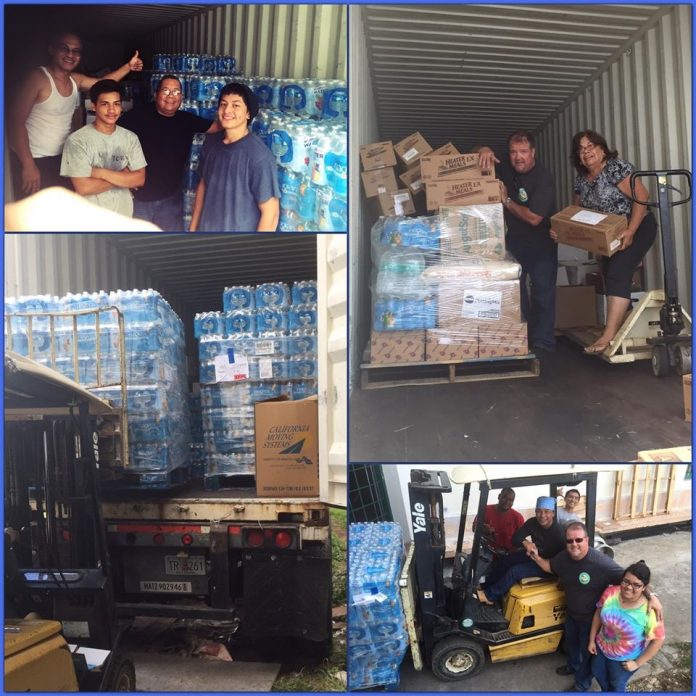 Typhoon Soudelor wreaked havoc on Guam’s neighbor island of Saipan and the very word “ayuda” is the name for the foundation that is adding to Guam’s plans to relieve the hardship Saipan is facing.

“Ayuda” is the Chamoru word and even the spanish word translating to HELP.  And that is exactly what the Ayuda Foundation is representing as they team up with the community during times of trouble for Saipan.

Ayuda Foundation Board Member, Frank Blas Jr., spoke with PNC about their efforts, “We’re dealing with a population that were devastated so much that no only do they have no power they also have no potable drinking water or water to much less wash themselves or drink. So a lot of the focus was on those hygienic supplies and to help hydrate.”

Something as simple as water can be taken for granted.  The Ayuda foundation loaded two industrial shipping containers with cases of water, along with other non-perishable items and hygienic products.  The basics that you may not realize are desperately needed when facing hard times and it’s expected to be distributed in Saipan by tomorrow morning.

“We completed the loading of two 40 foot containers. Our first one took us about a day and a half to load and the second one we did it in record timing we did it in less than a day. As we speak the containers should be getting on the boat headed up to Saipan later on today and be on the ground in Saipan hopefully tomorrow morning and start to distribute it.”

Ayuda says they are still hoping to fill more containers and encourage the help within other organizations as well.

” will tell you. Just these [two] containers going up they won’t be the last. I don’t think so it’s because of what their going to need. But it’s what is going to be needed that we would like to be able to concentrate on if they can give us a call.  Contact the Ayuda foundation and there are many other organizations. The Lions club… The Sons of Saipan…the Chinese Chamber. Even the Catholic Church.”