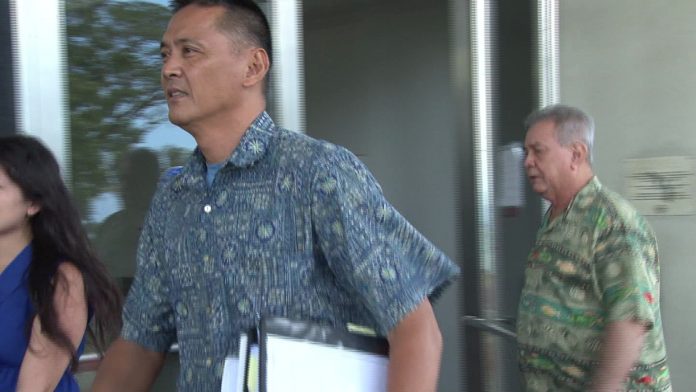 He was found not guilty of both charges of theft of government property and aggravated identity theft.

The verdict comes about a month after his co-defendant, former Homeland Security Adviser Ambrosio Constantino was found guilty.

The two were accused of defrauding the government out of $2,000 in G-RAP bonuses.

G-RAP or Guard Recruiter Assistant Program was created to boost enlistment numbers in the guard and it paid recruiter assistants up to $2,000 for every soldier they helped enlist.

Constantino filed the bonus claim for Babauta’s son, who joined the National guard, because Babauta, at the time, was ineligible to claim the bonus.