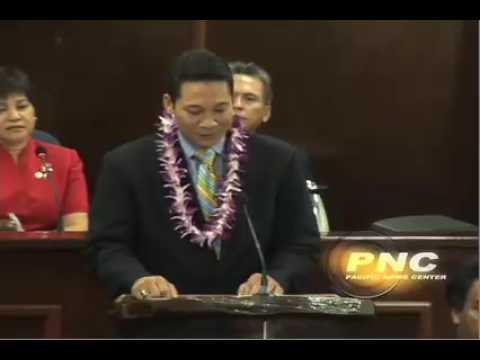 Congresswoman Bordallo says the measure was introduced to prevent the federal government from dictating residency requirements for Guam’s elections.

Congresswoman Madeleine Bordallo introduced H.R. 4091 to amend the Organic Act of Guam and remove the five year residency requirement to run for the office of Senator Governor or Lt Governor of Guam. “I think it’s incumbent upon her to be able to explain the impetus…what was the reason for this?” asked Senator Frank Blas Jr.

Some have suggested that the bill was introduced to allow the Congresswoman’s former staffer and former U.S. Interior Assistant Secretary for insular areas Tony Babauta to run for office on Guam. However Babauta denied this on the Breakfast Show with Ray Gibson on Newstalk K57 this morning saying that he is currently residing here and will have resided here for five years by 2018 which is the gubernatorial election.

Congresswoman Bordallo also denied this during an interview with PNC this morning. PNC asked, “Your response to the questions that have been out there in the community as to whether or not this bill was specifically introduced to be able to allow Tony Babauta to be able to qualify to run for office here on Guam.” “No not anybody in particular you know I just looked at the others, other states and found out that their local community their local legislatures had put together the time requirement for the office of Governor, Lt. Governor and the legislature,” said Babauta.

Senator Blas has introduced a local measure that would lock in the residency requirement at five years. However, he still questions the motives behind the introduction of the Congresswoman’s bill. “It wasn’t an issue. It hasn’t been an issue. So where did this come from? I hope that future legislation would be vetted first with the people before something like this would be introduced there,” said Senator Blas.