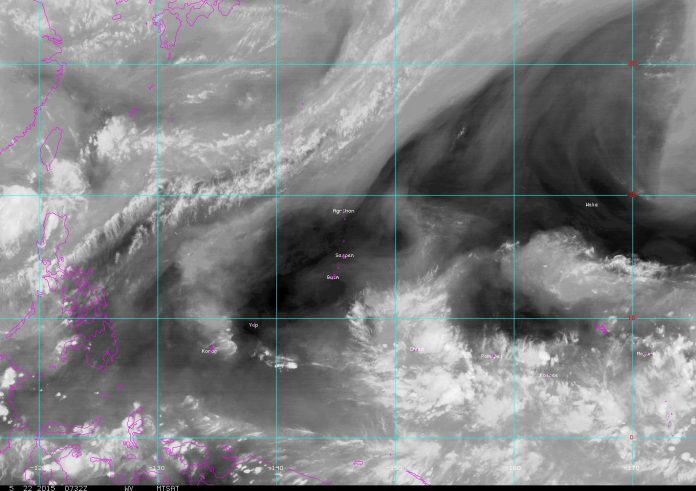 NWS is expecting dry weather over this weekend, instead of mostly cloudy skies.

Guam – The National Weather Service says, “Mostly sunny and dry skies will persist at least through Sunday across the Marianas.”

In its Area Forecast Discussion released this afternoon, NWS writes, “A weak disturbance centered just south of Chuuk Lagoon is generating scattered showers and isolated thunderstorms across Chuuk State,” and adds that this disturbance is expected to move westward over this weekend.

The Weather Service hints that Marianas may see an increase in clouds and shower activities as early as Sunday night due to the disturbance. However, because the disturbance is near Chuuk and will head westward, which will be to well south of Guam, NWS expects mostly sunny and dry skies to persist through Sunday.

.SATURDAY THROUGH SUNDAY…PARTLY CLOUDY WITH ISOLATED SHOWERS. EAST WINDS 10 TO 20 MPH. HIGHS AROUND 88. LOWS NEAR 77.