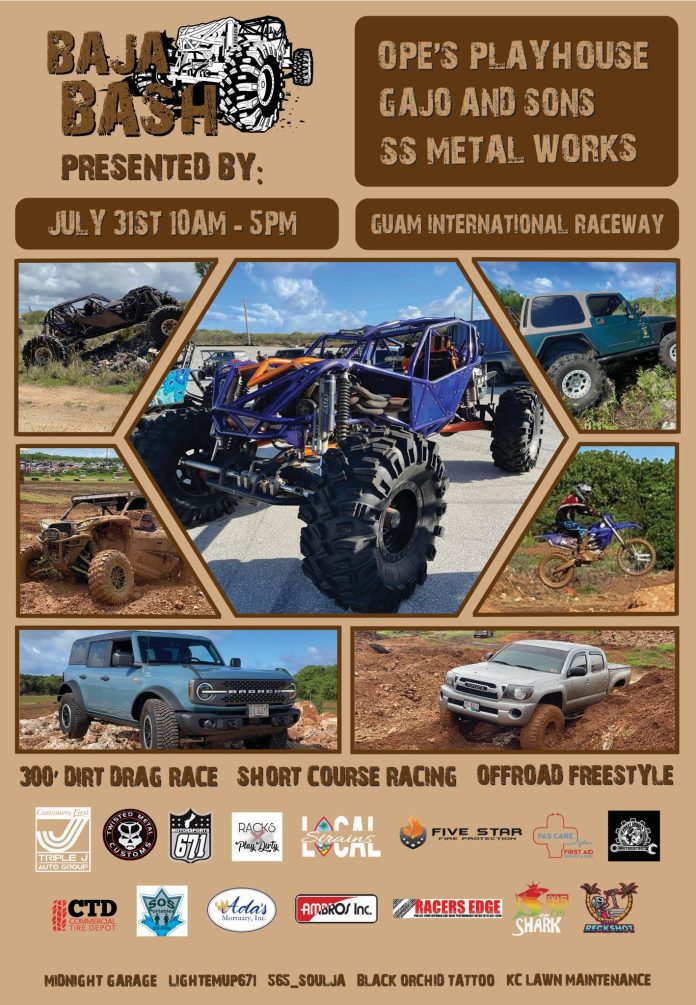 Over the weekend – Baja Bash was able to get the off-roading and drag racing community – together for some fun under the sun.

Althea Engman has this story,

Baja Bash took over the Guam International Raceway on Sunday morning to the late afternoon.

They had everything from a 300′ dirt drag race to short course racing, off-road freestyle, truck of war, flex ramp comp, to food trucks family and friends could enjoy under the sun.

John Burch, Co-Coordinator said, “We got a little bit of everything, we got guys playing with arcies in the back, we got some dirt bikes, a 300′ ft drag race, we got jeeps going at it we got from the smallest person that plays in the dirt to the big boys, rock bounces 1,000 horsepowers, huge tires.”

Jay Santos, Co-Coordinator said, “A Little bit of game changing in off roading, we’re adding in speed, jumps, muds, you know, just definitely more of spectator of an event, we want to make the spectators happy and excited.”

Co-Coordinators, John Burch and Jay Santos shared with PNC that this idea could only be made possible with the help and support of friends and family who came together not knowing how to start but had an end goal that resulted in Baja Bash.

And in a matter of 4 weeks, they were able to create their vision.

According to John Burch, the goal was to promote safety within the sport of drag racing.

Burch said, “What we want to promote here is safe and responsible off roading, everybody is wearing helmets, we got a containment area here, we’re calling it the Baja Bash battlefield, so that’s what we want to show the island, off roading can be done responsibly and safely.”

100% proceeds off the ticket sales from the raffle was donated to the Guam Fire Department’s 22nd fire cycle graduation.