In her order dated Feb. 5, 2021, Tydingco-Gatewood stated that she has accepted District Court Magistrate Judge Michael Bordallo’s report and recommendation to dismiss the lawsuit.

“There having been no timely objection, the court hereby ACCEPTS and ADOPTS said report and recommendation,” the order stated.

As for the defendants’ motion to dismiss plaintiff’s request for monetary damages, Tydingco-Gatewood also granted this with prejudice, ruling that “the law is well
settled that such damages claims are not permitted under 42 U.S.C. § 1983, and therefore, amendment to the Complaint would be futile.”

The local business owner wanted the court to declare the issuance of the orders as “unconstitutional,” according to documents filed in District Court.

Peinhopf said this was the industry’s last resort in fighting for their livelihoods. His bar was among those shut down because of the pandemic. 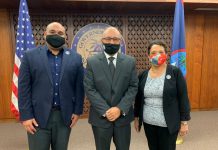 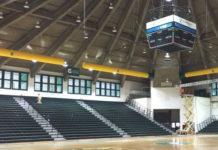 Guam Guard: People lining up at UOG although vaccination clinic is closed