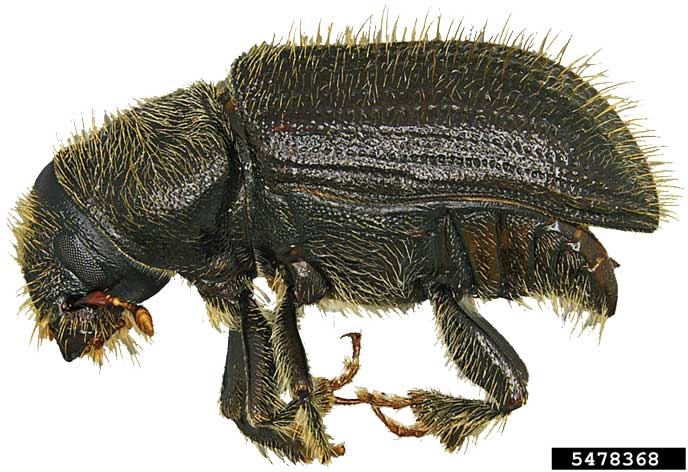 The bark beetle bores into woody plants including the endangered native tree known as hayun lagu or serianthes nelsonii.

Guam – There are thousands of invasive species already on Guam and the island gets at least five to ten new invasive species a year. One of the newest ones is the bart beetle which can devastate forests. Today acting Governor Ray Tenorio signed a proclamation declaring this week as Guam invasive species awareness week.

How many invasive species do we have on Guam right now? “Frankly we do not know,” said UOG Entomologist Dr. Aubrey Moore adding, “It’s gotta be in the thousands.” Because of limited resources Guam can’t be sure of the exact amount of invasive species it has. What we do know is that Guam get’s at least 5-10 new invasive species a year.

One new one is another type of beetle. This one bores through all sorts of woody plants. “Well the little bart beetle was identified just last year it was a forest service survey. It’s a little bart beetle that bores holes in many plants and we just found out that it’s actually boring holes in our serianthes nelsonii(Hayun Lagu) plant which is very endangered species in fact there’s only one mature plant on island,” said Dr. Moore. Invasives like the little bart beetle and coconut rhino beetle are just the ones that are reported. Many more go undetected.

So what must be done to improve the prevention of invasive species? “Part of it is training. Part of it is hiring the right people to do inspections and also identifications,” said Dr. Moore. Guam’s only other entomologist Dr. Ross Miller agrees. “We need to reinforce the first line of defense which are the Guam customs inspectors that deal with the material as it’s coming,” said Dr. Miller adding, “Either more officers more consistent and better training and probably more support overall by the general public.”