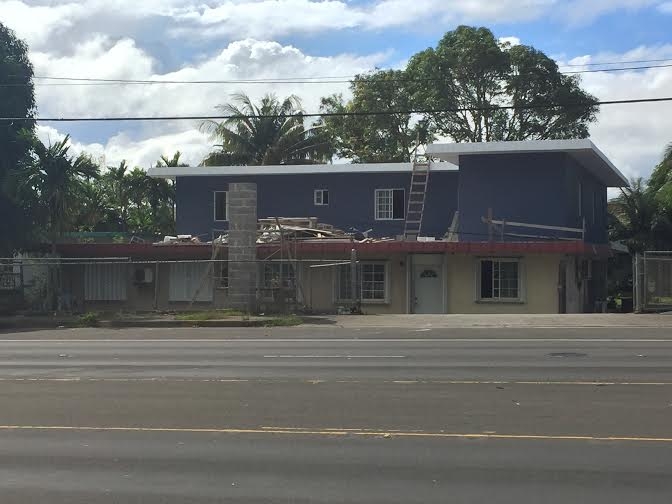 Decision Made By Previous Director

Guam – A private residence along Rt. 10 in Barrigada is being built with government funds through DPW. According to DPW Director Glenn Leon Guerrero the project which began before he took his position was initiated in order to mitigate flooding in the area that was caused by DPW.

The second story of this house in Barrigada is being built with government funds. It’s owned by a man named Anthony Santos. DPW Director Glen Leon Guerrero says it was done to alleviate flooding that was caused when DPW widened and raised this road in Barrigada. “What that effectively did is it created flooding issues for the Santos family,” said Leon Guerrero.

So the Santos family complained to GovGuam and a bill was introduced by Senator Dennis Rodriguez Jr. appropriating $215 thousand dollars to DPW to fix the flooding problem in this part of Barrigada. However the legislation contained a key provision that made this all possible. The legislation allowed the funds to be spent at the discretion of the DPW director who at the time was Carl Dominguez. “It was a very specific amount of money very specific lot that we needed to take care of and address and we did. So we went there and looked at several options. I think four or five options of them the five options that we came up with to include relocating the residents, Mr Santos, to another location. They were all looked at and were all more expensive than a $215 thousand dollar fix,” said Leon Guerrero.

Leon Guerrero says the Santos family then suggested that they use the money to instead build a second story on his house and DPW agreed. “We entered into a settlement agreement which is registered at the Department of Land Management and it releases the government saying that we did resolve and mediate the flooding issue,” said Leon Guerrero. The funding for the construction of the second story of this house was provided for in public law 32-53.