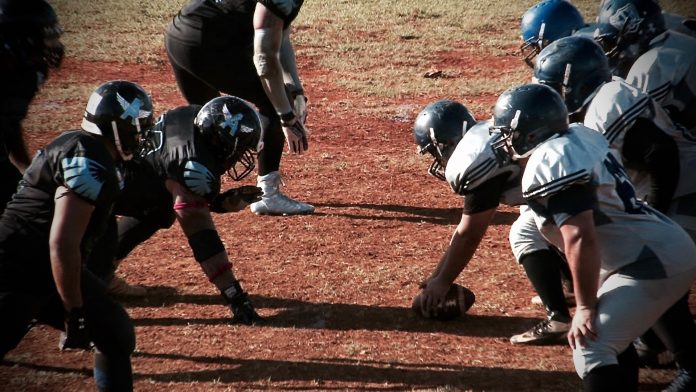 The defending champs were able to strike first and fast scoring of their first drives.

TIYAN – A battle of the unbeatens. Two time defending Budweiser Football League Champions the IT&E Silver Raiders taking on the 4-0 Hal’s Football Angels. The defending champs were able to strike first and fast scoring of their first drives. Hal’s Angels defense though, seeing they had to change it up and do just that. Angels defense tighten up coverage, forces crucial three and outs and that makes way for the offense to rally and tie the game up. Raiders strike back with a 60 yard catch and run, from Jesse Manglona, and the Raiders take it back 19-13. Angels trying to get the equalizing touchdown, but Steve ‘SP’ Phillips throws an interception right into the hands of Valiant Borja, that sets up another Raider touchdown and the eventual game winner. Hal’s Football Angels took control in the 3rd, but it was the Champs, The Silver Raiders, who scored 13 unanswered in the fourth to hand the Angels their first loss on the year. 26-13, the final from Tiyan.