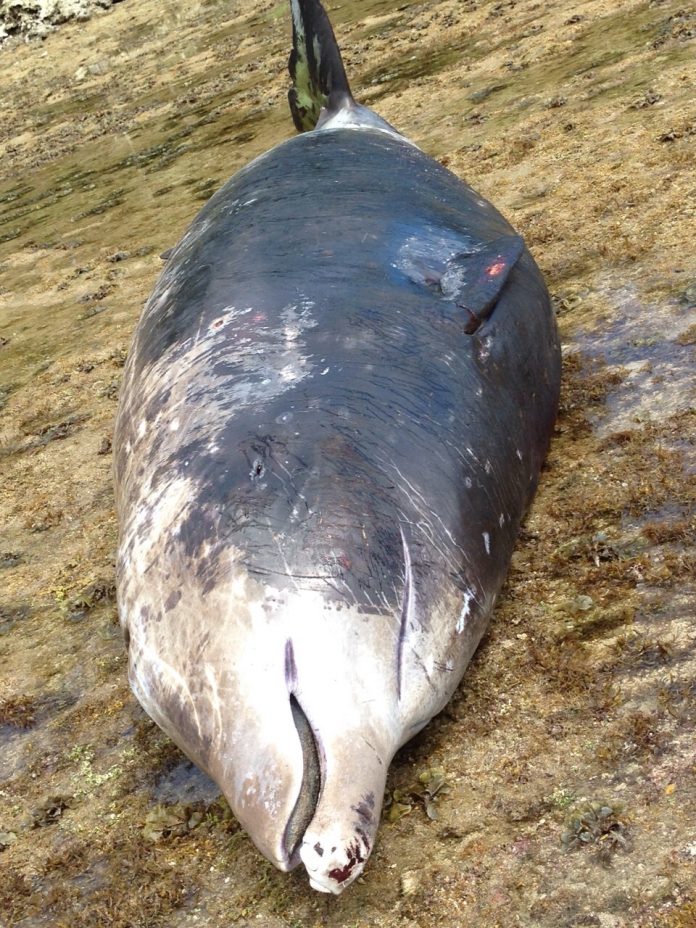 Guam – A whale washed up on the Southern shores of Guam this morning.

PNC received numerous photos from some viewers including some video shared by Ryan Santiago that shows an attempted rescue of the whale. Santiago says the whale eventually died on the reef in the area between Bile Bay in Malesso and Toguan bay in Umatac. Department of Agriculture biologist Brent Tibbats says it’s a beaked whale and possibly a Cuvieri which is a type of beaked whale that has washed up on Guam in the past. Tibbats says they plan to get it off the reef tonight (Mon.) when the high tide comes in. They will then bring it to DOAG and keep it chilled until the morning when they will conduct a necropsy to help determine how it may have died. He estimates that it was a young adult. Tibbats says that beaked whales are very rare whales. This one was about 15 feet in length but Tibbats says they can get up to 30 feet in length.