Barcelona – Benjamin Schulte completed his week of representing Guam at the 15th FINA World Championships on a high, finishing first in his heat and shaving 0.39 seconds off his personal best with a time of 29:61 in the Men’s 50m Breaststroke.

This was a continuation of the success Benjamin enjoyed on Sunday in the 100m Breaststroke, where he chopped over 4 and a half seconds off his qualifying time.

Thrilled to have done so well in both races, the 17 year old’s only complaint was that the experience has gone too fast.

“I couldn’t be happier, but that was too short. I would have like to soak it up a bit more. With a 50 you just get in and do it and that’s it before you even realise it! But I’m so happy with that.”

Benjamin, whose goal for the next three years is to post competitive times toward Rio 2016, has taken this experience as an opportunity not just to improve his times, but also to develop as a swimmer in general. 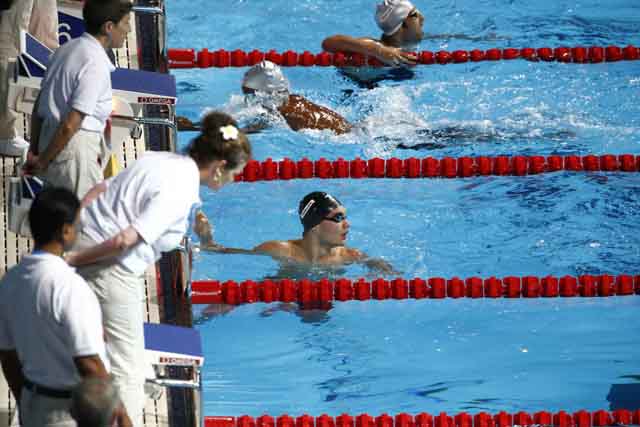 Sharing a pool with the world’s best this week has clearly fuelled Benjamin’s motivation for progression.

“Being here has given me the overall will to do better next time. I want to take that extra time after training now to stretch and do all those things that could give me an edge for the next international meet.”