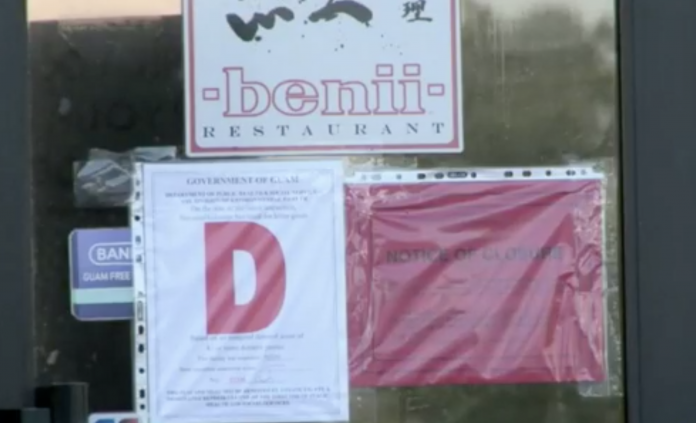 Guam – A single dead cockroach was the least of Benii’s worries when the restaurant was shut down by the Department of Public Health and Social Services.

The Upper Tumon restaurant amassed a total of 81 demerit points by local inspectors yesterday, earning them a “D” health grade.

On top of the food and facility infractions, it was determined that the restaurant’s employees were unfamiliar with Guam’s food code.

The 8-page inspection details one worker wearing beaded jewelry and a decorative ring, and various other personnel using the same gloves for different tasks.

Benii, a notable sushi restaurant, also failed to include raw food consumer advisories on their menu. One dead cockroach was discovered in the dry storage area, but “no other pest activity was observed.”

Benii’s last inspection took place five years ago. And it passed with flying colors at the time.

Yesterday, the green “A” placard was replaced with a notice of closure and the restaurant’s new “D” health grade. The Japanese restaurant will remain closed until it successfully passes a re-inspection and pays a $100 reinstatement fee.