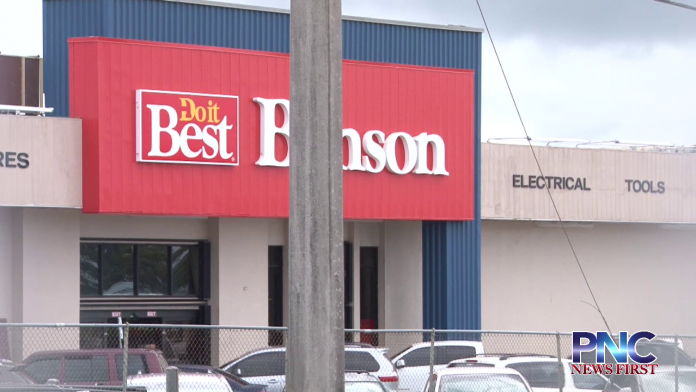 Guam – A man has died in a tragic warehouse accident today.

Just minutes past one o’clock this afternoon, emergency units from the Guam Fire Department rushed to Benson’s Hardware in Maite, in response to an industrial accident involving a lone male individual.

According to GFD Spokesman Kevin Reilly, the injured employee was transported to Naval Hospital Guam with CPR being conducted en route.

The man, identified as Sofar Pwechar, was reported to have sustained injuries while off-loading doors from a shipping container at the Maite hardware store.

Naval Hospital Public Affairs Officer Jaciyne Matanane confirms that Pechwar was pronounced dead. They are preparing to transport his body to the Guam Medical Examiner’s Office.