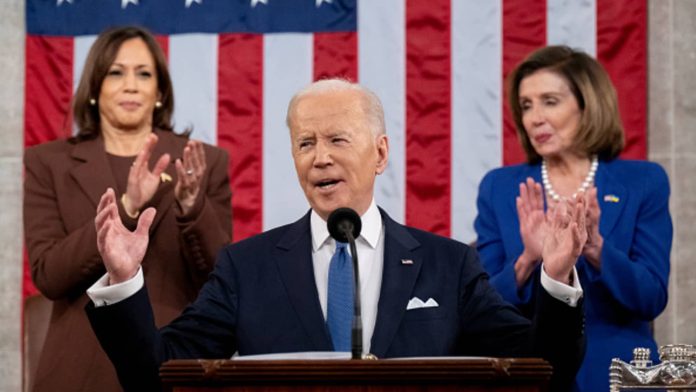 President Joe Biden held his first State of the Union Address earlier today, where he talked about a variety of topics – ranging from the current situation between Russia and Ukraine, inflation, and COVID.

In order to address the ongoing situation between Russia and Ukraine, how its affecting the economy, and the ever changing COVID situation, President Biden held his first State of the Union Address.

President Biden reaffirmed his previous public sentiments on Russian President, Vladimir Putin. And reassured that the United States will not engage with Russian forces unless Russia attacks NATO.

Biden then stated that both the US and Europe were ready and united in preparation against the Russian President. And that Putin is now held accountable by 27 members of the European Union, including France, Germany, Italy, and countries like the United Kingdom, Canada, Japan, and even Switzerland, a country known to remain neutral during conflicts similar to this.

And how they plan on damaging Russia’s economy and bringing down the Russian Ruble in order to make Putin’s reported $30 Billion Dollar War fund useless.

In regard to the American Economy and rising Gas prices, the President announced that in collaboration with 30 other countries, they have worked to release 60 million barrels of oil from reserves around the world.

As for how President Biden plans on helping the economy within the continental United States. On top of showing his support in increasing American made products, made by the people within the United States. The President further urged for Congress to pass the Bipartisan Innovation Act.

Moreover, Biden then suggested the following idea in combating inflation.

As for the ever changing COVID climate. President Bident reports that the country can soon go maskless, as per the recent CDC guidelines and the progress made by the people. But reaffirmed the need for people to get vaccinated, and that treatment for COVID is ready and available.