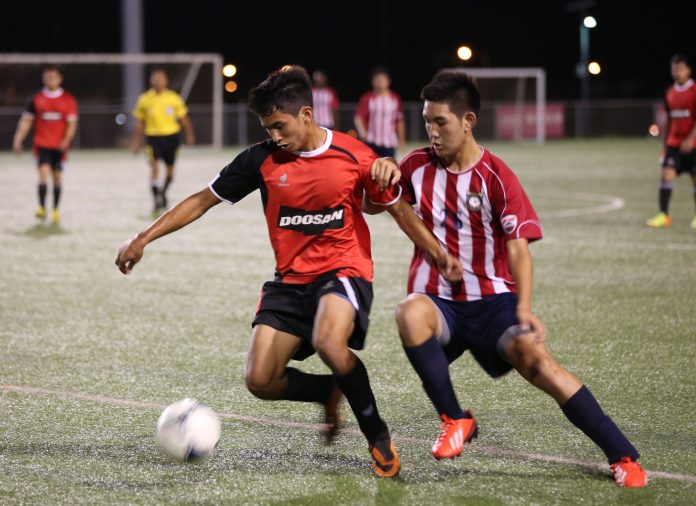 After the Sidekicks’ Paul Atalig knocked in a goal off a rebound from Carlo Unpingco’s free kick to take a 4-2 lead in the 70th minute, the team looked to be playing a more defensive game to continue to frustrate Big Blue’s strikers.

[Doosan FC’s Wes Shiroma moves to keep the ball away from the Paintco Strykers’ Jeffrey Ho in a Round 3 match of the Bank of Guam 7th Annual GFA Cup at the Guam Football Association National Training Center. The Strykers defeated Doosan 5-3 to move on to play the Rovers DI at 9 p.m. Tuesday in the quarterfinals.]

Big Blue, already shown two yellow cards in the second half, still continued to fight for opportunities to move the ball into its attacking half. Jake Quichocho, barreling through the Sidekicks’ defense on the left side, managed to finish his shot to get within one at 4-3. Later, with just two minutes left on the game clock, Kevin Tainatongo connected on a through pass into the box, maneuvered around Sidekicks defenders and slipped his shot toward the inside post to level the match to force another 30 minutes of extra time. 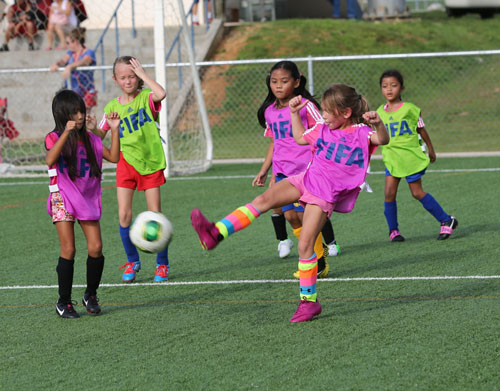 [The Southern Cobras’ Ashton Surber looks for options in the box as FC Shotguns’ keeper Scott Smith begins to approach him in a Round 3 match of the Bank of Guam 7th Annual GFA Cup at the Guam Football Association National Training Center. The Cobras defeated the Shotguns 14-0 to move on to play Quality Distributors at 7:30 p.m. Sunday in the quarterfinals.]

Despite the excitement, Big Blue played a more cautious game in extra time, as coach Noel Casilao used the team’s fifth and final substitution minutes before the end of regulation time. After playing almost the entire two halves of extra time keeping a very physical Sidekicks team at bay, an opportunity opened up for Big Blue in the 118th minute when Tainatongo was fouled near the box on the left side. On the ensuing free kick, Joaquin Sablan connected on a header that went over Sidekicks keeper Merwin Quichocho for the game-winning goal.

The Sidekicks had numerous looks at the goal in extra time, including a shot from Joey Lopez that hit the crossbar. 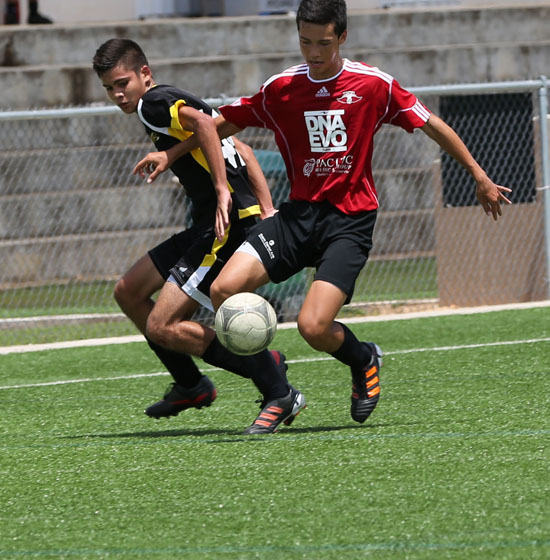 [The Southern Cobras’ Nick Roberto maneuvers the ball around the defense of FC Shotguns’ defender Naoki Takahashi in a Round 3 match of the Bank of Guam 7th Annual GFA Cup at the Guam Football Association National Training Center. The Cobras defeated the Shotguns 14-0 to move on to play Quality Distributors at 7:30 p.m. Sunday in the quarterfinals.]

Shawn Spindel finished with a hat trick for the Sidekicks and teammate Paul Atalig scored once. Tainatongo and Quichocho each had two goals for Big Blue in regulation time.

The Paintco Strykers defeated Doosan FC 5-3 with two goals each from Hiro Asoshina and William Kerr and one from Romaine Loney. Dustin Alger, Cheyne Robles and Jeremy Hewitt scored for Doosan. The Strykers will play the Rovers DI 9 p.m. Tuesday. 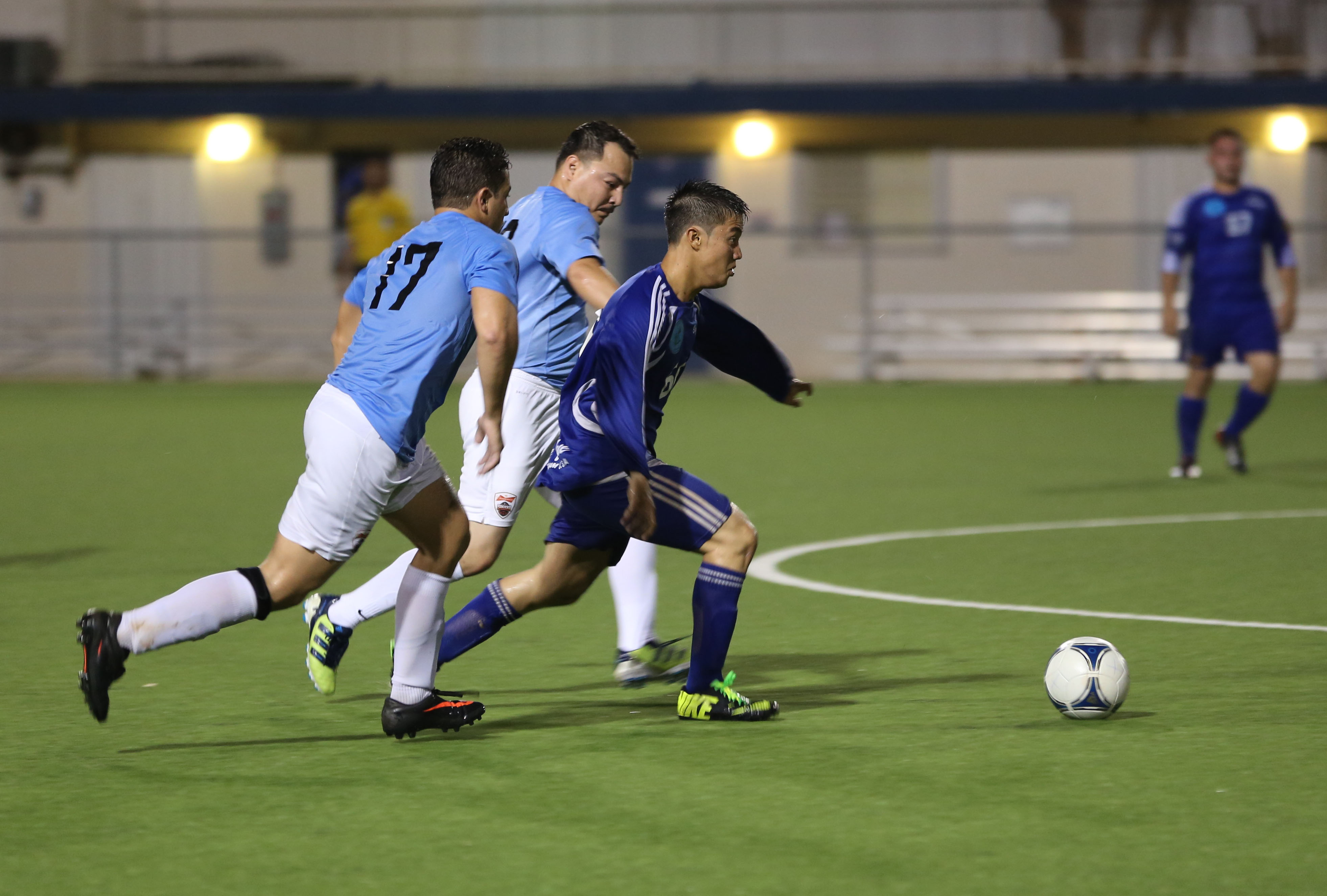 [Big Blue’s Kevin Tainatongo sprints through the IP&E/Paradise Fitness Sidekicks’ Matthew Sgro (17) and Jorge Roberto in a Round 3 match of the Bank of Guam 7th Annual GFA Cup at the Guam Football Association National Training Center. Big Blue defeated the Sidekicks 5-4 in extra time to move on to play Table 35/Fuji Ichiban Espada FC at 8:30 p.m. Saturday in the quarterfinals.]

An updated schedule of matches is available online at www.guamfa.com/gfa-programs/all-leagues/mens/gfa-cup

No tsunami threat to Marianas from 7.4 magnitude Alaska earthquake