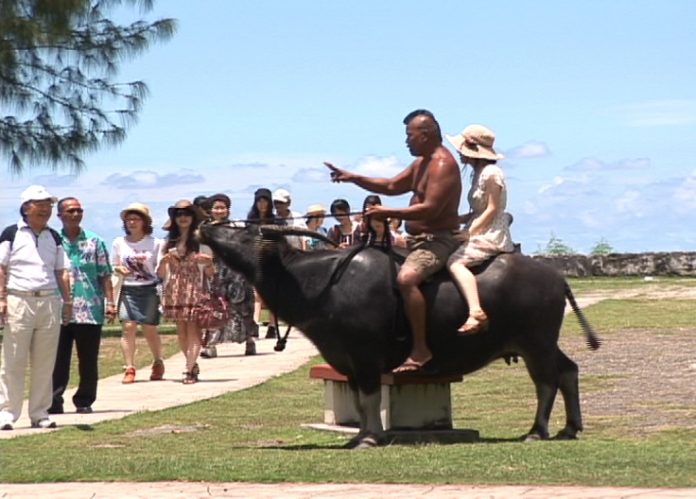 Guam – PNC has learned of the passing of John “Big John” Tedtaotao, fondly known as The Carabao Man who offered free rides on his carabao Betsy in the village of Umatac.

Umatac Mayor Johnny Quinata says Tedtaotao passed away just this week in California while fighting an illness. Tedtaotao was well-loved by the community at-large and also known for his deep love for his Chamorro culture.

He began offering free rides on Betsy at Fort Soledad in Umatac as a way to promote the local culture and showcase the Chamorro heritage.

Although Tedtaotao accepted donations, he never charged for the rides. Quinata says that Tedtaotao stopped giving the free rides sometime last year to take care of his health.

He left Guam just last month to be closer to his family. Quinata offered his condolences to the Tedtaotao family and spoke highly of Tedtaotao, saying many tourists still ask for him.

Betsy the carabao is now in the care of Tedtaotao’s nephew.