A press release issued yesterday by Guam Greyhound Raceway Park announces big plans for the facility that has been sitting idle for over a decade. Including a name change to Freedom Park, the planned facility would include a new War In The Pacific museum, along with other amenities for tourists and locals alike.

Plans for the facility include a family-friendly walking park, interactive children’s playground, a new War In The Pacific Museum, food and beverage vendors, and more.

No date was given on the planned opening of the new park.

View the press release below. 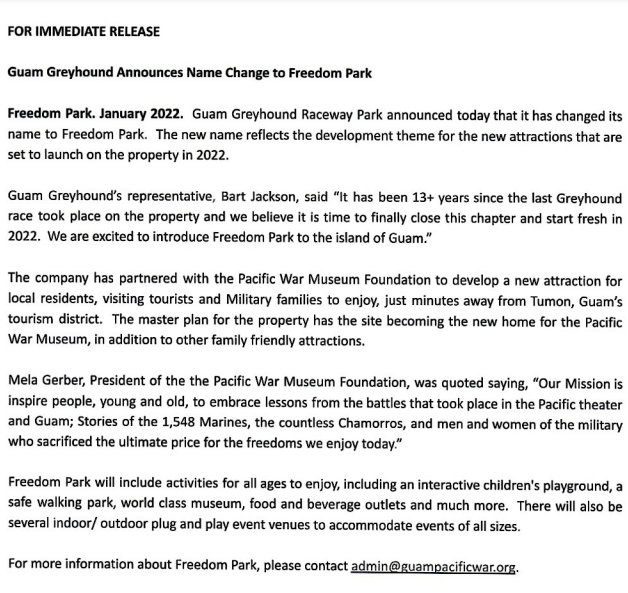