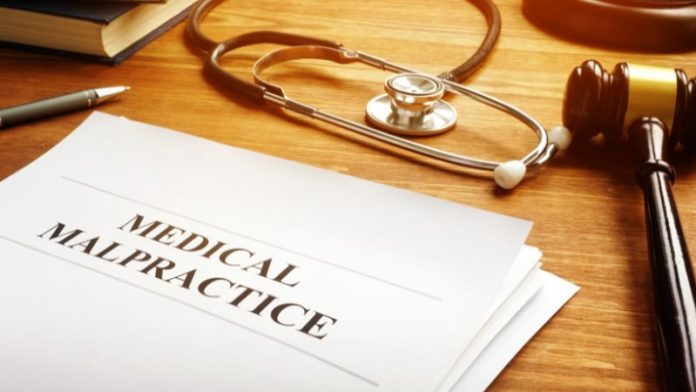 The MMMAA requires individuals claiming to have been victims of medical malpractice, to first arbitrate their complaint before filing in court. Costs of arbitration on top of the cost of the potential trial have deterred the filing of claims by those who can’t afford the upfront costs.

Mirroring Bill 430-35 by Speaker Terlaje and Senator Taitague, Bill No. 112-36 (COR) – which is co-sponsored by Senators Joanne Brown, Tina Muña Barnes, V. Anthony Ada, Joe San Agustin, Chris Duenas, Telena Nelson, Clynt Ridgell, Amanda Shelton, Jose “Pedo” Terlaje, and Sabina Perez – allows a claimant (plaintiff) to file their claim in court where a Magistrate Judge is responsible for determining whether there is evidence to support the conclusion that a healthcare provider (defendant) failed to comply with the appropriate standard of care.

The Magistrate Judge may consider expert testimony and shall keep the complaint, proceedings, and opinion sealed until 30 days after issuance of opinion; however, the Magistrate may order the opinion sealed temporarily for an extended period or permanently upon agreement by the parties, if a trial is not pursued.

Findings of fact and decisions made by applicable licensing boards on the same subject of the complaint may be considered by the Magistrate Judge. Either party may pursue their right to a jury trial within 30 days after the Magistrate Judge renders his or her opinion by notifying the court of the party’s intent to proceed to trial.

Parties may at any time make a motion to the Magistrate Judge to hold proceedings in abeyance upon mutual consent, while they submit their dispute pursuant to the provisions of either the Guam International Arbitration Law or Guam’s Mediation statute. Claims against any defendant that is for $20,000.00 or less may be exempted from the new legislation if they are filed with the Small Claims Division upon mutual consent of the parties. Additionally, claims against the Government of Guam and its agencies are governed by the Government Claims Act and not by the new legislation.

“Following three oversight hearings, the introduction of Bill 430-35 in the previous term, and follow-up discussions with stakeholders, Senator Taitague and I have been working diligently, to consider alternative pre-trial procedures used in other jurisdictions to draft viable and balanced legislation for Guam that takes physician concerns into account yet provides some justice for those patients who cannot afford arbitration,” stated Speaker Therese Terlaje.

“As Chairperson of the Committee on Health Subcommittee regarding Medical Malpractice Law, Bill No. 112-36 (COR) represents many months of research, information hearings, and discussions with families of medical malpractice victims, healthcare providers, and medical malpractice insurance providers. The measure protects a victim’s right to legal action while ensuring that a medical malpractice complaint is properly reviewed before moving forward through the court system, mediation, or arbitration,” Senator Taitague stated.

The bill prioritizes access to justice for victims and fairness for Guam’s medical community, particularly at a time when the U.S. District Court of Guam has asked the Supreme Court of Guam, ‘is failure to comply with the MMMAA’s arbitration requirement equitably excused when an indigent party cannot reasonably afford the non-administrative fees of any organization authorized to arbitrate under the Act and no alternate means of completing arbitration is available?’

The 35th Guam Legislature – through the leadership of health committee Chairperson Terlaje – held a series of informational hearings on Guam’s MMMAA. The very difficult but necessary dialogue brought to light legitimate concerns from families of alleged victims about the high cost of the arbitration process serving as a barrier to asserting viable medical malpractice claims and to the pursuit of justice. Senators also heard the concerns from doctors that a repeal of current law may increase frivolous lawsuits, potentially increase malpractice insurance costs, deter doctors from providing emergency care outside their specialty, and ultimately impact the quality and extent of patient care they provide.

“We have listened carefully, and the majority of senators recognize change is needed to fully protect patients, and that change can be made while still protecting our good doctors and specialists against frivolous claims,” stated Speaker Terlaje.