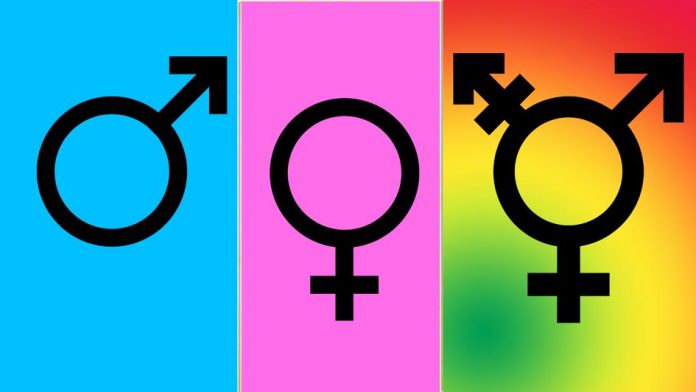 So, ready or not, which sex marks the spot? Whether you identify as a he or a she, or are thinking about changing your sexual orientation in some way, you might benefit from considering the possible consequences. Guam senators have been attempting to sort out the legal and healthcare ramifications of allowing transgender people to change the sex designation registered on the first identification document signed, sealed, and delivered straight out of the womb. Here’s how discussion on current legislation went down at the legislature on Tuesday morning.

Guam – In this season of peace on earth, a socially divisive issue is approaching the voting file inside legislative chambers at the Guam Congress Building this week.

Quiet controversy is purportedly brewing over Esteves’ Bill 291-34 (COR), which would allow people to change the legal sex designation on their birth certificates. But the few lawmakers who spoke up about the choice on Tuesday seemed less at odds over gender politics than they were perplexed about how to safeguard legal processes and even urgent medical procedures.

Celebrating family, friends, and freedom on placards placed underneath his senate lobby Christmas tree, ex-cop and current Democratic senator Joe San Agustin seemed fine with supporting your personal gender identity choices, but needed to know how to sort you out in prison.

“My concern is that if we allow a male to change his sex on his birth certificate as a female, or the opposite, but through the course of his life, or her life, she gets arrested—she’s taken to the Agana lockup, to any of the prisons,” San Agustin began.

“They do a shakedown of the individual that was arrested before you go into confinement. They determine that you are of the opposite sex of what your identification recognizes you as. Does it cause the government to follow the ID or your physical appearance on where they put you?” he asked.

“For prisons specifically, whether the Hagatna lockup or Department of Corrections, the standard right now is the sex of the individual, which means their current physical makeup: pre-transition or post-transition,” Esteves said.

“It’s common and it’s been established that sex and gender are two different things. Though people may not agree, but that is the golden standard right now. Gender is a social construct in which someone identifies—how they dress, how they act, and how they identify themselves. Sex is a physical makeup. They’re current biology at that time.”

While San Agustin wrestled with law enforcement and detention issues, Sen. Michael San Nicolas (D) focused discussion on ensuring the safety of transgender people who require certain life-critical medical surgeries. He pre-qualified his remarks before getting into it.

“Madame Speaker, I’m um, I have absolutely no problem with how anybody wants to identify, and I fully support it,” San Nicolas said.

But for San Nicolas, moral dilemmas over sexual orientation and gender identity isn’t the real issue here. It’s protecting the health of transgender people who require organ transplantations such as hearts or kidneys and whose bodies may respond better to donated organs from members of the transplant patient’s original sex.

So with unsettled questions over identification, criminal confinement, and medical care, the consensus on Tuesday was apparently to give senators a little more time to study before taking a vote.

“But I would also reiterate the concern and maybe another motion to set this bill aside so we can get additional answers to these questions.”

The bill’s author wasn’t entirely opposed to the idea but cautioned colleagues about the appropriateness of timely, equitable deliberation.

“I do not object to the motion to set it aside on this agenda, but I hope we do so in a spirit of compromise and a spirit of understanding,” Esteves said.

Esteves’s bill was placed on the bottom of the list of priority bills to give his colleagues more time to clear up pending questions before this Friday’s vote on a number of bills now before senators.