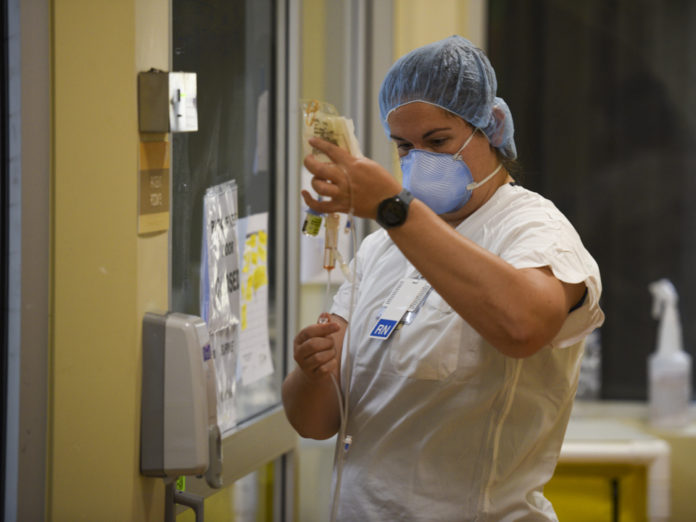 A legislative measure to address Guam’s nursing shortage has been scheduled for a Public Hearing next Wednesday, September 30, 2020 at 1pm and 6pm.

Authored by Senator Mary Camacho Torres and Speaker Tina Rose Muña Barnes, Bill No. 239-35 (COR) would add Guam to the Nurse Licensure Compact (NLC)—making it easier for nurses in other NLC states to practice on Guam without having to obtain additional licenses.

The bill was introduced prior to the COVID-19 pandemic on November 6, 2019  and referred to the Committee on Health on November 20, 2019. At the time, the island’s public and private hospitals had announced “divert status” due to an insufficient number of nurses—a shortage that has only been exacerbated by Guam’s current public health emergency.

Senator Camacho Torres says in her release that membership to the NLC would allow Guam to recruit from a pool of over 2 million nurses from 34 member states—integrating the island to a coordinated information system containing the licensure and disciplinary history of each nurse.

“In these pandemic times, our frontliners are shorthanded and overworked. Bill 239 would have streamlined the burdensome process nurses arriving on Guam are now facing and may have allowed them to get from airplane to hospital much faster,” said Torres.

“I am thankful that the calls of the Guam Memorial Hospital Authority and the Board of Nurse Examiners have been answered and I look forward to hearing from the nursing community at this Public Hearing.”

“For months[1], I have been calling on this hearing to fill a critical need for our island-to save the lives of our manåmko’ and our manhoben. While Governor Leon Guerrero has temporarily waived current licensing requirements during this Public Health emergency, I will do everything in my power to ensure this bill is moved forward expeditiously to avoid further delays for incoming nurses,” said Speaker Tina Muña Barnes.

The hearing will be virtually conducted via video conferencing. Members of the public are encouraged to submit their testimony to the Committee on Health at senatorterlajeguam@gmail.com.