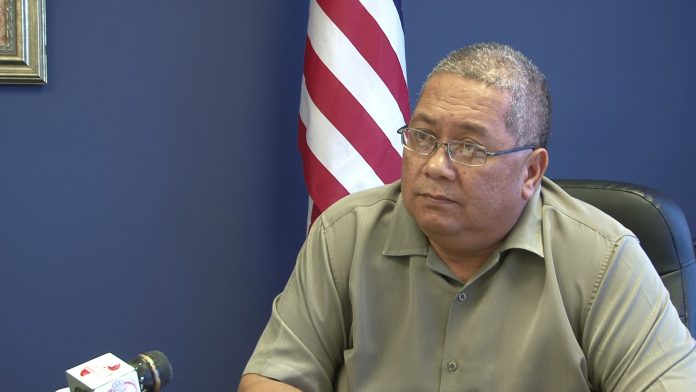 The bill proposes to indefinitely lift the statute of limitations for pursuing civil action on sex abuse crimes.

Guam – It was just a few weeks ago that a school teacher launched a petition to lift the statute of limitations on child sex abuse cases. Now, Senator Frank Blas Jr. appears to be listening to those concerns with a bill he just introduced.

Although the senator’s bill appears to be timely, Blas says he’s been working on this measure even before the petition was launched.

“My whole thought process in this … is that I don’t want to give an individual, and tell them look you only have a certain amount of years to be able to get this off your chest and to finally speak about it. Let’s recognize that they’ve gone through something traumatic, something devastating,” he says.

The bill comes off the heels of not just the petition that calls for the lifting of the statute of limitations, but also a sex abuse scandal involving the archbishop.

Just a week ago Roy Taitague Quintanilla publicly accused Archbishop Anthony Apuron of sexually abusing him 40 years earlier when he was an altar boy, an allegations the archbishop has vehemently denied.

The archdiocese was a strong opponent of a similar bill that was introduced about five years ago by Vice Speaker BJ Cruz. Although Cruz’s bill became law, it only lifted the statute of limitations for pursuing civil litigations on sex abuse crimes for a period of two years.

“We’re talking about an individual who’s had to go through a traumatic experience. My legislation helps for that individual to find some peace and comfort and some way of being able to make their lives whole. Who this suit is for, that’s for the courts to decide,” says the senator.

You can read Senator Blas’ bill by clicking on the file below.