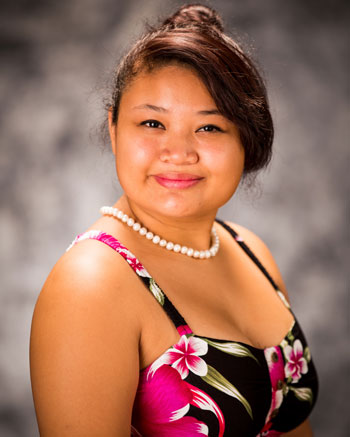 Hagatna, Guam.  The 70th Liberation Queens Committee Chairperson, Agat Mayor Carol Tayama is pleased to announce the results from the final counting held at the Bank of Guam Headquarters in Hagatna on June 18.

“This year the 2014 Liberation Queens Candidates raised an amazing $75,393.00.  The funds they raised will all go very worthy causes and we want to recognize their efforts, the efforts of their  parents and sponsors and the generosity of all those who supported them.” announced Mayor Tayama.

The 70th Liberation Queen is Billi-Jo Guzman, age 18, of Santa Rita who raised $22,660.00.    She is the daughter of Mr. Franklin and Mrs. Lupe Guzman – Mafnas and is sponsored by the Santa Rita Mayor’s Office.

Mayor Carol adds “During her reign she will represent Guam in numerous events and functions throughout the year… Queen Billi-Jo Guzman also becomes part of Guam’s history as only 69 other women before her can say- they held the title- Liberation Queen.”

“On behalf of the Mayor’s Council of Guam, the First Lady of Guam Mrs. Christine Calvo and the Guam Liberation Historical Society- Congratulations to all of you and a job well done!”  Mayor Tayama concluded.

The certified results are as follows: