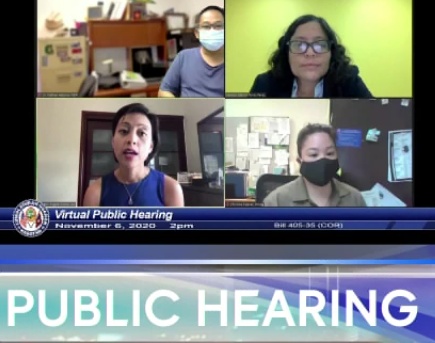 After the controversy surrounding the use of hotels for quarantine at the beginning of the pandemic, a bill was introduced to clarify procurement powers in the midst of a public health emergency.

The public got a chance to comment on it today.

A public hearing was held on Bill 365, which seeks to revise procurement law to account for the use of emergency powers.

The intent of the bill is to establish an emergency procurement process to ensure accountability and transparency even in the midst of a crisis.

One of the bill’s major proposals is the establishment of a Public Health Emergency Task Force that will include a Task Force Chief Procurement Officer.

Some of the concerns raised were over whether the task force would require a quorum to operate as well as the requirement for a crisis to be grounded in a firm scientific knowledge when emergencies such as the coronavirus were not initially well-understood.

Testimony was also given by attorney John Brown, who wrote testimony in support of the bill.

During the public hearing, testimony was also heard on Bill 276, which aims to prohibit the selling of alcohol between the hours of 12 a.m. and 2 p.m. to reduce alcohol abuse.

The Department of Behavior Health testified in support of the bill.

Rey Llaneta, of the Alcohol Control Board, said he and the rest of the board have not come to a vote on the matter but he personally thinks Guam should maintain the status quo.